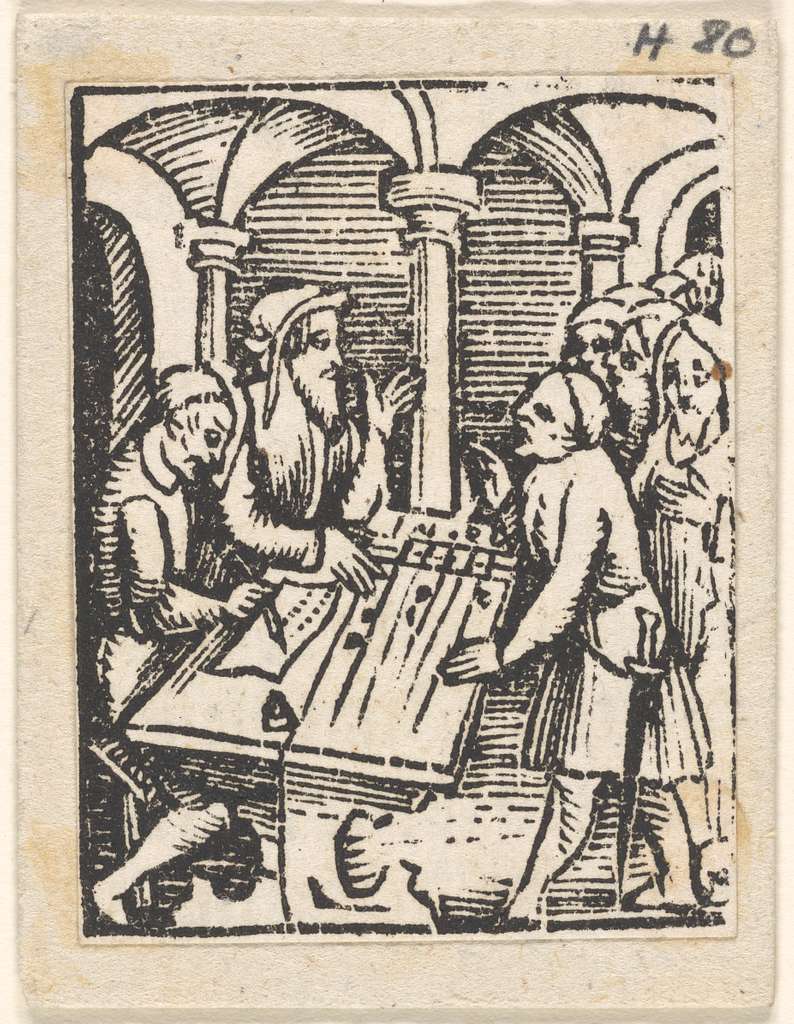 My husband and I recently viewed the first episode of a new series on Netflix that left me cold. I didn’t much like the main characters, who struck me as hopelessly self-absorbed and deeply out of touch with their privilege. I was happy when we decided not to invest our time in watching any more episodes.

I thought of the unappealing characters from that show as I encountered the unsavory protagonist of the parable we hear in today’s reading from the Gospel of Luke. He is about to be let go from his position as manager after the wealthy man for whom he worked had received reports about him “squandering his property” (Lk 16:1). Realizing that he would soon be out on the street, the manager reached out to his employer’s debtors to lay the groundwork for future favors. Calling them in one by one, he shrewdly worked out new terms that reduced their loan repayments. Dishonesty piled on dishonesty.

Instead of expressing outrage at having been cheated, the wealthy man praised the manager for acting shrewdly. Jesus himself goes on to hold him up as a model, remarking that “the children of this age are more shrewd in dealing with their own generation than are the children of light” (16:8).

Are you confused? If so, you are in good company. This parable has baffled commentators from the church’s earliest days. Is Jesus really pointing to this dishonest manager as someone to imitate?

Well, yes and no. Jesus may be recommending not that we imitate the manager’s dishonesty or blatant self-interest but that we learn from his shrewdness. California pastor G. Penny Nixon suggests that we focus on how he deals with resources and relationships in accomplishing his goals. He correctly calculates a way to utilize his employer’s wealth and to deepen relationships that will enable him to make a living. Yes, he makes dishonest use of the resources available to him, but not to acquire and accumulate riches. Rather, he uses wealth in service of a goal—in his case, assuring that he will have somewhere to go after he becomes unemployed.

Perhaps this parable is meant to encourage us who follow Jesus to be active and resourceful in carrying on his mission. Luke underscores this message later on in another of Jesus’s stories, the parable of the talents (19:11-27), in which one servant hides away the wealth that has been entrusted to him rather than using it in his master’s interest. It’s not enough to endorse the mission. We are called to use whatever is available to advance it.

The final verse in today’s Gospel reading provides important context for the parable of the dishonest manager: “No slave can serve two masters; for a slave will either hate the one and love the other, or be devoted to the one and despise the other. You cannot serve God and wealth” (16:13). And so, I would propose that the message of Jesus today is not about dishonesty or wealth, but about serving God and working for God’s reign with everything at our disposal—to be as shrewd in the work of God as those who deal with “dishonest wealth” (16:11).

Uruguayan musician and composer Homero R. Perera echoes today’s message from the book of the prophet Amos in this hymn for which he created both text and music. Upon Perera’s death in 2019, Pastor Gerardo Oberman, coordinator of the Latin American network Red Crearte, commented that he “has left an amazing body of work that still nourishes the celebratory life of Protestant churches” in South America.

Refrain:
Help us grasp how this is our sin;
Teach us, save us by your cross,
For the things we crave and seek to win
cost our neighbors loss: forgive us, Lord.