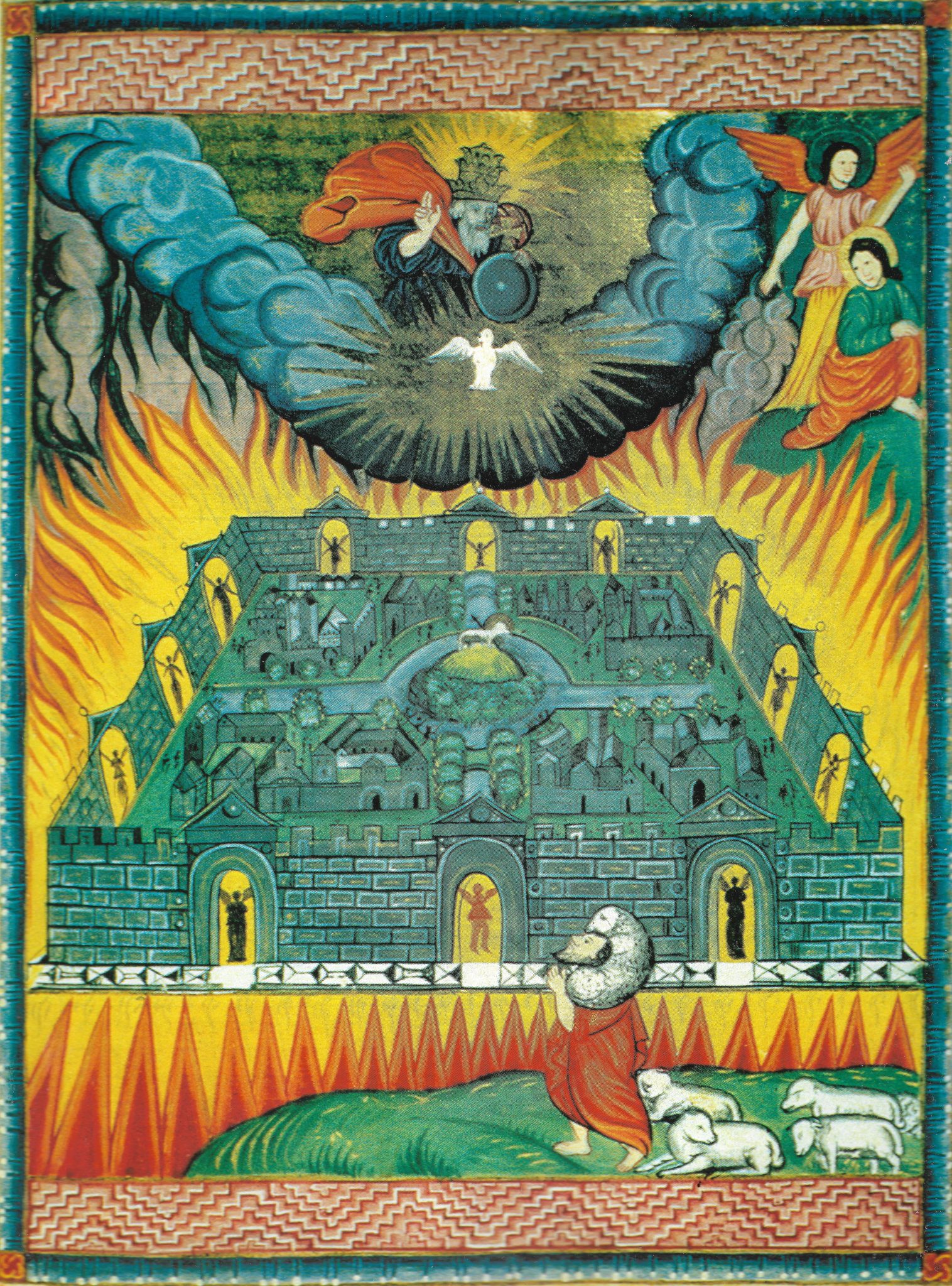 I recently heard a review of the final episodes of “Ozark” in which the commentator expressed disappointment at the way the hit Netflix series ended—too many loose ends tied up too awkwardly. Similar sentiments have been expressed in past years about “The Sopranos,” “Game of Thrones,” and other popular TV shows. At the conclusion of an engaging story, we look for endings that satisfy, delight, or even surprise us.

Today we hear a passage from Revelation that comes at the end of the Christian Bible and gives us a vision of how God will bring the resurrection story to completion, an ending that may seem surprising. Revelation is best known for its dark apocalyptic images—fire, beasts, and tribulations. Yet the underlying message of Revelation is one of hope, providing a word of assurance to communities undergoing persecution and trials that God will triumph over evil.

The Bible begins with the story of how God created “the heavens and the earth . . . and all their multitude” (Gen 2:1). It concludes not with a return to creation’s primordial state but rather with “a new heaven and a new earth”; indeed, “the first heaven and the first earth had passed away, and the sea was no more” (Rev 21:1). Popular images of the end times tend to focus on cataclysm and terror, but the author of Revelation moves beyond scenes of destruction to present a vision of hope fulfilled as God declares, “See, I am making all things new” (21:5).

While Genesis tells of the first humans living in a garden (Gen 2:8), Revelation sees the fulfillment of human history in a city, “the new Jerusalem, coming down out of heaven from God” (Rev 21:2). And what a city it will be! There is no temple here, for this city is already filled with the presence of God and the Lamb (see 21:22). There is no need for sun or moon, “for the glory of God is its light, and its lamp is the Lamb” (21:23). Its gates will never be shut, as nations and peoples stream into it.

Our future is envisioned here not in us being taken up to heaven but rather in God coming to dwell with us in a new creation: “See, the home of God is among mortals. He will dwell with them as their God; they will be his peoples, and God himself will be with them” (21:3). Our destiny is envisioned not in some ethereal “up there,” but in a renewed and re-created “down here.” God will fashion a new city for the community of redeemed humanity, permeated by the divine presence. We are promised a new life that has begun with the resurrection of Christ from the dead.

We live now during that in-between time—after the resurrection of Jesus but before the fulfillment that God has promised. Even now, however, we have been initiated into Christ’s new life through baptism and have been called to live into the future that God has prepared. In today’s Gospel reading, Jesus tells us how we are to do that—by living in love: “Just as I have loved you, you also should love one another” (Jn 13:34). Our life together here and now is a witness to and a preparation for the holy city in which all things are made new.

By our love for one another, our care for the least among us, and our efforts to promote justice, the power of God’s transforming grace is present and offers to the world a glimpse of the new Jerusalem for which we hope.

A Hymn for Today: “O Holy City, Seen of John”

This text was written by pastor, scholar, professor, and author W. Russell Bowie in 1909, the same year that he was ordained as an Episcopal priest. Bowie wrote this hymn at the request of Presbyterian minister and social Gospel advocate Henry Sloane Coffin. It first appeared in 1910 in Hymns of the Kingdom of God, edited by Coffin and Ambrose White Vernon. The text draws on today’s passage from Revelation as a challenge to believers today to oppose injustice and help build the city of God now.

O holy city, seen of John,
where Christ, the Lamb, does reign,
within whose foursquare walls shall come
no night, nor need, nor pain,
and where the tears are wiped from eyes
that shall not weep again!

O shame to us who rest content
while lust and greed for gain
in street and shop and tenement
wring gold from human pain,
and bitter lips in deep despair
cry, “Christ has died in vain!”

Give us, O God, the strength to build
the city that has stood
too long a dream; whose laws are love,
whose ways are servanthood,
and where the sun that shines becomes
your grace for human good.

Already in the mind of God
that city rises fair.
Lo, how its splendor challenges
the souls that greatly dare,
and bids us seize the whole of life
and build its glory there.