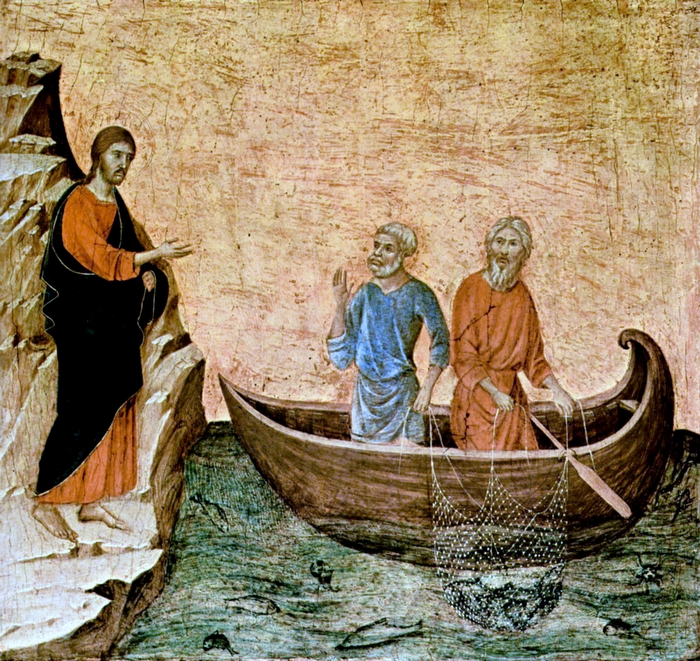 Harriet Tubman was an African American hero best known for her role as a conductor on the Underground Railroad. Having escaped from enslavement herself, she returned to the South on numerous occasions to lead others to freedom, including members of her own family, in the face of considerable danger.

Tubman set out on this mission after receiving a call from God. When she was a young woman, Harriet attempted to protect another enslaved person who was running from his white slave master. She was struck on the head with a large weight, which not only caused her to have sudden sleeping spells but also led her to experience dreams and visions.

In her visions, Harriet developed a deeply personal relationship with God and felt guided by God to escape from enslavement. She later said that God “gave me strength, and he set the North Star in the heavens; he meant I should be free.” She likewise felt called by God to play a role in the Underground Railroad to lead others to freedom, saying, “The Lord told me to do this. I said, ‘Oh, Lord, I can’t—don’t’ ask me—take somebody else.’” But God reassured her, “It’s you I want, Harriet Tubman!” Beginning in 1850, she is thought to have made thirteen trips south to free others. Although her identity remained hidden by her many disguises, she was widely known as Moses, admiringly by enslaved people and derisively by slaveholders and civil authorities. Her courageous work and the fruits of her mission mark her as a disciple who heard and responded.

In today’s Gospel reading we hear another story of call and response. The brothers Simon and Andrew are going about their ordinary work duties, casting nets into the sea, when Jesus walks by and says, “Follow me, and I will make you fish for people” (Mt 4:19). Another pair of brothers, James and John, are working with their father to mend their nets when Jesus summons them also. Without a moment’s hesitation, they all get up and follow right then and there.

They leave everything behind–work obligations, homes, families, everything. And they get up and go without any preparation–no packing, no stopping the newspaper or mail, no posting on social media, no farewells. Plans were upended and life trajectories dramatically changed in that moment as the two pairs of brothers made an immediate and total response.

Few of us experience the call of God as suddenly as the two sets of brothers or as dramatically as Harriet Tubman. Yet their example, I think, has something to teach us as we reflect on our own call to be disciples of Christ.

Both Harriet Tubman and the disciples were ordinary people who encountered God’s call right where they were. Simon, Andrew, James, and John were simple fishermen doing their work when Jesus walked by. Harriet Tubman experienced the call in the context of brutal enslavement. None of them came from leading families, held advanced degrees, or had enviable LinkedIn profiles. God’s call came to them in real-life settings–the unspeakable inhumanity of slavery and the backbreaking labor of commercial fishing.

To hear the call of God requires us to keep our hearts and minds open amid the events of everyday life—and that, of course, is only the beginning. Responding to the call requires us to discern how to live it out and then to step out in faith. Harriet Tubman and the disciples heard and made the choice to respond deliberately, generously, in a spirit of self-emptying and service. As they did so, their lives were turned upside down. Saying yes to God meant embracing an unknown future.

For them and for us, choice means change. For some the call of God may involve care for children, aging parents, or an ailing spouse. For others it may lead to a career in service. No matter who we are or the circumstances of our life, God is always calling us to follow, to respond in trust, and to embrace the new life that is set before us.

A Hymn for Today: “Two Fishermen”

Hymn writer Suzanne Toolan, RSM, is probably best known for “I Am the Bread of Life,” but has created more than 30 other published hymns written after the Second Vatican Council (1962-1965) for the reformed Roman Catholic liturgy and mostly utilizing Biblical texts.

This text is based directly on today’s Gospel story and is paired with a tune that Toolan created for an earlier text entitled “The Call.” Listen here.

Two fishermen, who lived along
The Sea of Galilee,
Stood by the shore to cast their nets
Into an ageless sea.
Now Jesus watched them from afar
Then called them each by name;
It changed their lives, these simple men;
They’d never by the same. Refrain

And as he walked along the shore
‘Twas James and John he’d find,
And these two sons of Zebedee
Would love their boats behind.
Their work and all they held so dear
They left beside their nets.
Their names they’d heard as Jesus called;
They came without regret. Refrain

O Simon Peter, Andrew, James
And John beloved one,
You heard Christ’s call to speak good news
Revealed in God’s own Son.
Susanna, Mary, Magdalene
Who traveled with your Lord,
You ministered to him with joy
For he is God adored. Refrain

And you, good Christians, one and all
Who’d follow Jesus’ way,
Come leave behind what keeps your bound
To trappings of our day,
And listen as he calls your name
To come and follow near,
For still he speaks in varied ways
To those his call will hear. Refrain