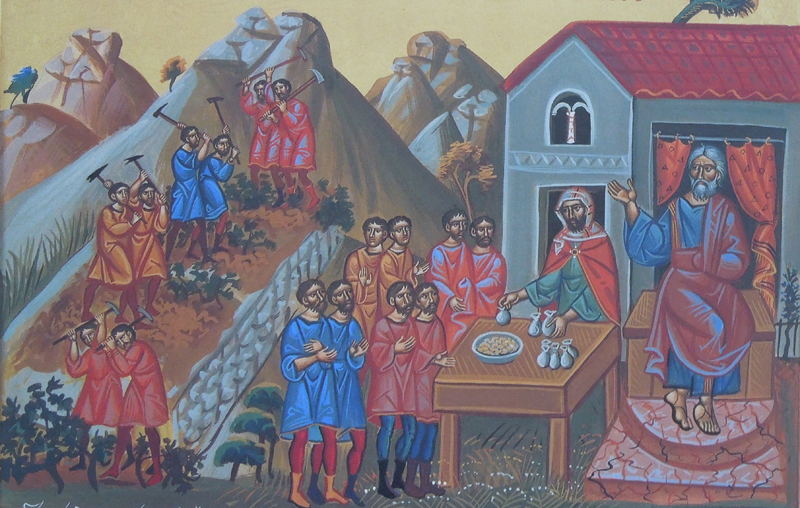 Outcries like this may be heard most often from children, but adults can also have strong feelings about fairness, especially if they think that they’re the ones getting the short end. It’s little wonder then that the parable that we hear in today’s Gospel reading may leave some listeners puzzled and even elicit objections from others. Is it fair for those who have labored all day and endured the heat of the sun to be paid the same as those who arrived just before quitting time?

Just as we can relate to both sons in the Parable of the Prodigal Son (Lk 15:11-32), so we can probably identify with both the early hires and the latecomers in the story we hear today. Often overlooked, however, is the central character in both parables. In Luke’s story, the merciful father extends himself both to the wayward younger son and to the faithful but resentful elder son. In today’s parable from Matthew’s Gospel, the not very business savvy vineyard owner pays a just wage to those hired at dawn yet searches the marketplace all day to provide that same benefit even to those who barely work at all.

The parable of the workers offers yet another glimpse of what God is like—a landowner with nothing better to do than to wander out at all hours inviting people to come and work with little regard for their abilities or potential productivity. The parable also places before us a vision of what the reign of God is like—how the world would be different if it followed the ways of God’s justice. Yes, those who keep the rules and do their duty receive the reward that they have been promised. God’s justice doesn’t stop there, however, but instead overflows in generosity toward the latecomers, those who had been left out, and even the undeserving.

Commenting on this parable, Dorothy Day observed that “Jesus spoke of the living wage, not equal pay for equal work.” Imagine a society in which everyone received enough to provide food, clothing, shelter, education, and health care for themselves and their children, regardless of the work that they performed. Imagine if followers of Jesus were bold enough to stand up to the forces of individualism and greed to proclaim this Good News and to become leaders in the movement to create economic systems that are both just and compassionate.

Is God’s way fair? The Revised Common Lectionary sets before us today the story of a recalcitrant prophet named Jonah whose answer to that question was a resounding no. Jonah tried mightily to avoid proclaiming God’s message of repentance to a people he considered unworthy of attention. When God finally forced him to do his job and the people of Nineveh actually repented, God showed mercy, just as Jonah had feared. The prophet pouted and fumed, confessing his displeasure with such a bleeding-heart Divinity, “a gracious God and merciful, slow to anger, and abounding in steadfast love” (Jon 4:2).

No doubt those who promote God’s ways of justice and overflowing mercy—whether in family relationships, in pastoral ministry, or in social and political action—are likely to experience complaints of unfairness, much like those we hear in both of today’s biblical texts. The landowner’s response cuts to the heart of the matter: “Friend, I am doing you no wrong. . . . Or are you envious because I am generous?” (Mt 20:13, 15)

Today’s scriptures challenge us to stop using our religious, racial, social, or economic privilege to bolster our own standing, and instead to open our hearts and to promote equality and well-being for all. Can we embrace the fairness of our extravagantly generous God?

A Hymn for Today: “Te exaltaré, mi Dios / I Will Exalt My God, My King”

In today’s Gospel story we hear the complaint of unfairness by a worker who labored all day and then received the agreed upon wage. The parable does not include any reaction from those who had received a full day’s pay after working for a very short time. Perhaps they might have found the jubilant Psalm 145 to be an appropriate song to celebrate the goodness they had received. This lovely paraphrase of Psalm 145:1-4 was written by Ecuadorian songwriter Casiodoro Cárdenas and is sung to a lively and joyful tune he wrote for it.

Each generation to the next
Will proclaim your works of splendor,
And celebrate your mighty deeds.
Ev’ry day I’ll praise your holy name. Refrain