GOD, CAESAR, AND THE ELECTION – Twentieth Sunday after Pentecost, Proper 24, Year A; Twenty-ninth Sunday in Ordinary Time, Year A (RC) 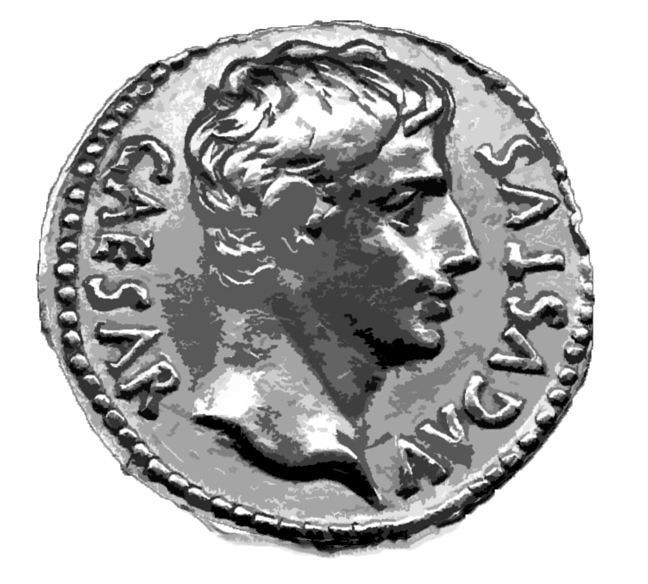 On this Sunday in the United States, we find ourselves just over two weeks away from a bitter and contentious election. Appropriately enough, we hear today a Gospel reading in which Jesus is questioned about what we owe to civil authority, giving us the opportunity to consider how our faith relates to political life today.

The questioners who approach Jesus are hardly sincere seekers of wisdom and truth. The group includes disciples of the Pharisees, who opposed paying the Roman tax on religious grounds, and the Herodians, who supported the payment of taxes because they were adherents of Herod Antipas, a Roman-installed ruler.

Their query is a trap: “Is it lawful to pay taxes to the emperor, or not?” (Mt 22:17) If Jesus were to say no, he would be guilty of sedition against the Roman state. If he were to say yes, then he would appear to be contradicting Jewish law, since the coin used to pay to the tax carried not only the image of Caesar but an inscription proclaiming his divinity, and was thus considered by the Pharisees to be blasphemous.

Jesus avoided the trap that had been set for him in his famous reply: “Render therefore to Caesar the things that are Caesar’s, and to God the things that are God’s” (22:21, RSV). While he refused to give a political answer, this short saying of Jesus has guided Christians ever since in navigating their responsibilities and obligations toward civil authority and involvement in affairs of state.

The Greek verb that is translated as “render” (RSV), “give” (NRSV), or “repay” (RNAB) implies some level of obligation, and so Jesus’ reply suggests that civil authorities have a legitimate claim to some measure of adherence. Still, the second part of his response—about giving to God what is God’s—places a clear limitation on that claim. The early Christian writer Tertullian (c. 155 – 240) offered an interpretation of Jesus’ teaching that has been influential in later generations. While the coin bears Caesar’s image and belongs to him, Tertullian wrote, the image of God is imprinted on the human person, and so we belong completely to God.

More recently, biblical scholars have understood this saying of Jesus in light of the eschatological context of his ministry, always pointing to and preparing for the coming reign of God. Jesus proclaimed in word and deed a new order in which the world as we know it is turned upside down, the poor and the lowly are exalted, the stranger is welcomed, and the rich and powerful are cast down. In this context, Jesus’ teaching might be viewed as subversive or even revolutionary, claiming allegiance for God’s reign over the sovereignty of any civil authority.

What are the implications of Jesus’ teaching for citizens facing the coming election? For the Jews of Jesus’ time, collusion or accommodation were the only means of participation in the affairs of government. Unlike them, citizens of the U.S. and Canada have a voice in choosing leaders and helping to set the policies and direction of government. Jesus never advocated disengagement from the world, and the example of the biblical prophets give evidence of deep involvement in seeking to influence the nation’s leaders.

Voting and ensuring that the vote is available to all are fundamental ways for Christians to give witness to God’s reign in the public arena. Followers of Jesus vote with the mind of Christ, giving priority to the poor, the weak, the vulnerable and seeking a just society that embraces the values of God’s reign. Like the prophets who often spoke out against civil authority, voting offers us an opportunity to say no to leaders and policies that stand in the way of justice, compassion, and equality.

A Hymn for Today: “Baited, the Question Rose”

Carl P. Daw Jr., FHS, has created a hymn text based on today’s Gospel reading that goes far beyond retelling the story. As communities sing Daw’s poetry, they also engage in interpreting the Gospel message. In the final two stanzas the singers turn to prayer for discernment and for help to live out the command to give God what is God’s each day.

Baited, the question rose
From somewhere in the crowd:
“Teacher, you truly know God’s way;
Is paying tax allowed?”

Jesus perceived their trap;
“Why do you test me so?
Bring here the coin the tax requires,
And see what it will show.”

“Whose image does it bear,
Whose names and titles tell?”
“Caesar’s, of course,” they smugly said
And thought they answered well.

“Give Caesar what is his;
God, what is God’s alone.”
Strong words, convincing and profound,
Like truth already known.

May we discern, O God,
Your daily gifts of grace;
Show us your image freely coined
In ev’ry heart and face.

Help us fit tribute yield
Through prayers and hymns we raise,
But most of all by deeds of love
To give you thanks and praise.