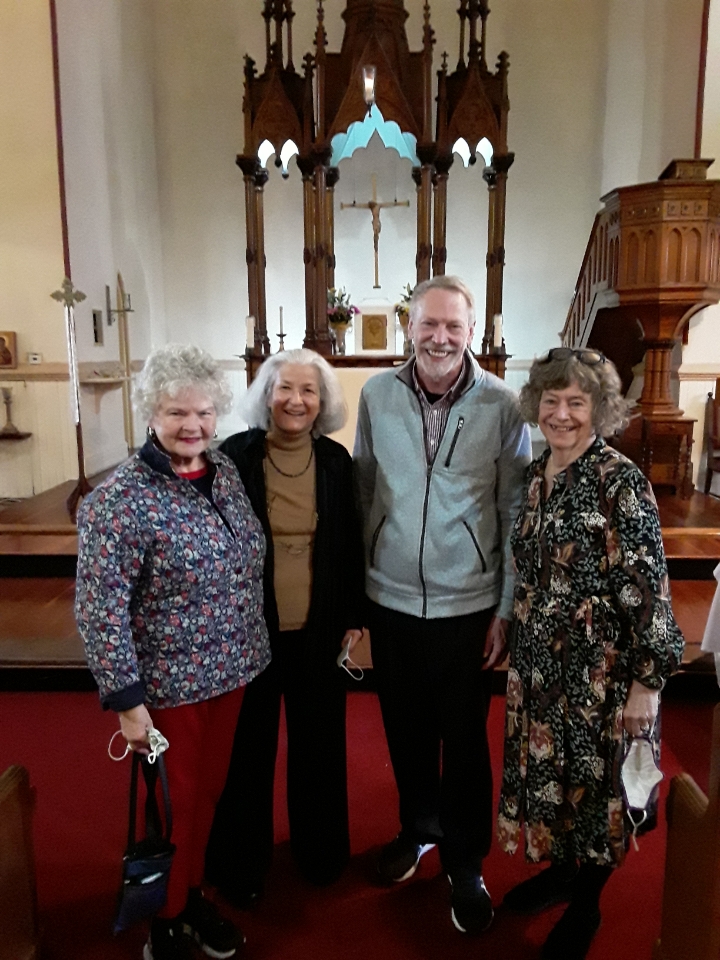 Hymn Society members will know that THS life member Amanda Husberg passed away on February 15, 2021. On Sunday, November 7, 2021, Amanda’s church, St. John the Evangelist Lutheran Church in Williamsburg, Brooklyn, held a memorial service for her. The theme of the service was “A Feast Prepared,” taken from the title of one of her compositions. Amanda was hired by St. John the Evangelist as the director of music in July, 1964, and it has been her church ever since.

Many of Amanda’s compositions were included in the service: JENNINGS-HOUSTON (with text by John Thornburg, FHS), SARAH-ELIZABETH (with text by Horatius Bonar), Sanctus and Nunc Dimittis (From Amanda’s Brooklyn Mass), OUR HOME (with text by Richard Leach), LOVE’S LIGHT (with text by Timothy Dudley Smith, FHS), and JONES (with text by Jacque Jones). The service concluded with the congregation heartily singing “For All the Saints.”

Hymn Society members attending included Richard Leach, Sida and Wesley Roberts, Patricia Woodard, and Jacque Jones, who also served on the planning committee for the service. Others attended by live stream – Delores Dufner, FHS was among those who posted a comment on the broadcast.

A special treat for Hymn Society members was that Deneise Jennings-Houston was in attendance and participated in the service. Amanda’s most widely sung tune, her setting for John Thornburg’s text “God the Sculptor of the Mountains,” was named for Deneise, who, now well into adulthood, had known Amanda since she was 6 years old.

Pieces of Amanda’s stained glass and other treasures from her home, along with paraments that she created for the church, were on display. Following the service, the St John’s congregation welcomed the attendees with a bountiful buffet of sandwiches, cake, and cookies. There was general agreement among everyone that it was a wonderful service, and that Amanda would have heartily approved.