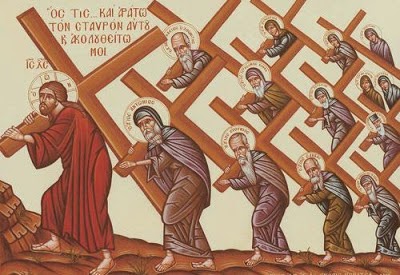 Stanley Rother, born in 1935, was raised in a small German farming community in rural Oklahoma. In 1968, five years after his ordination as a Catholic priest, he began a new life as a missionary in Santiago Atitlán, located in the rural highlands of Guatemala. There he served the native tribe of the Tz’utujil. Although he struggled with Latin as a seminarian, he learned both Spanish and Tz’utujil, and even helped to produce a translation of the New Testament into the native language of the people.

Rother aligned himself firmly with the indigenous people of Santiago Atialán, who lived in abject poverty and generally sided with leftist rebels against the government paramilitary squads during the civil war of 1960-1996. During his time as a parish priest, eleven people from that community were kidnapped and killed by paramilitary groups. He was deeply shaken by these events, especially by the kidnapping of a young friend that he witnessed personally.

In 1981, after it became known that his name had been added to the list of those being targeted by government forces, Rother returned to Oklahoma for a visit. He did not stay long, however, making the decision to return to Guatemala. “The shepherd cannot run at the first sign of danger,” he wrote in a letter. On July 28, 1981, three masked men entered his home at 1:00 a.m. and shot him twice in the head. No one was ever charged in his murder.

Like many others who have laid down their lives for the sake of the Gospel, Stanley Rother clearly took to heart the teachings of Jesus in today’s passage from Mark: “If any want to become my followers, let them deny themselves and take up their cross and follow me. For those who want to save their life will lose it, and those who lose their life for my sake, and for the sake of the gospel, will save it” (Mk 8:34-35).

Earlier in that same passage, Peter appeared to be the model disciple when he correctly declared that Jesus was the Messiah. His assurance turned to shock, however, as Jesus explained what messiahship really meant. This Messiah would bring about deliverance not through political or military victory but by identification with suffering and marginalized people—resulting in his own humiliation, suffering, and death.

Peter was having none of it. He took Jesus aside to “rebuke him” (8:32). Jesus, however, responded to him sharply in front of the other disciples. Within just a few verses, Peter slipped from star pupil to “Satan” (8:33). To make matters worse, Jesus went on to define discipleship in terms of denying self, embracing the cross, and laying down one’s life.

Stanley Rother heard the call to take up the cross in his life and ministry with the people of Santiago Atialán. Just as Jesus did, he cast his lot with those on the margins and paid with his life. In 2016 the Roman Catholic Church recognized Stanley Rother as a martyr, one who gave his life as a witness. Later in that same year he was declared “blessed,” the final step on the way to canonization as a saint.

Today’s Gospel reading challenges us to see God’s Anointed in the crucified One, and then to follow him by laying down our own lives in the service of others—by faithful love for a spouse, care for a sick or aging parent, advocacy for transgender youth, welcome of immigrants, anti-racism work in the community, or in other ways that the call may come to us in our daily life situation.

Just as our call is to follow the One who gave his life, so too is our hope in the God who delivered him from death and raised him to new life. With Christ and with all who have followed him, we can sing in the words of today’s Psalm: “For you have delivered my soul from death, my eyes from tears, my feet from stumbling. I walk before the LORD in the land of the living” (Ps 116:8-9).

A Hymn for Today: “Must Jesus Bear the Cross Alone”

Thomas W. Shepherd (1665-1739) served for a time as an Anglican priest, but left the Church of England and went on to establish and lead independent congregations. This hymn has appeared in more than 1,100 hymnals and thus stands out from the many texts that he wrote. In most instances it has appeared with the nineteenth-century tune MAITLAND, a tune that was adapted by Thomas A. Dorsey for the beloved hymn, “Precious Lord.”

The consecrated cross I’ll bear
Till death shall set me free,
And then go home my crown to wear,
For there’s a crown for me.

Upon the crystal pavement, down
At Jesus’ pierced feet,
Joyful, I’ll cast my golden crown
And his dear name repeat.