Dr. Patrick Matsikenyiri honored as Fellow by The Hymn Society 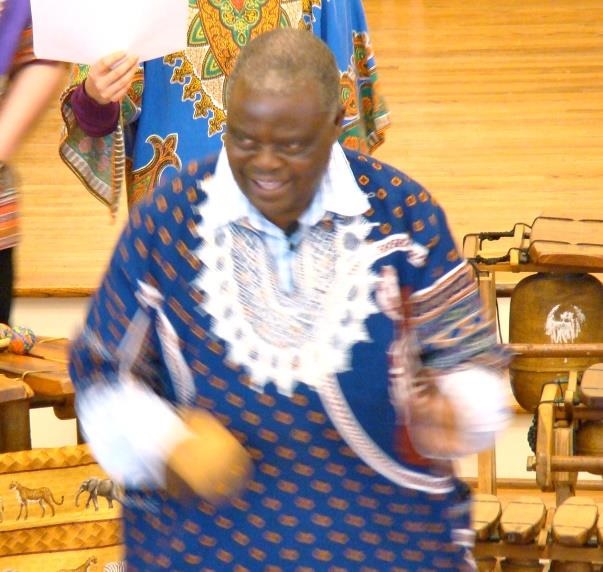 Dr. Patrick Matsikenyiri has been honored by The Hymn Society in the United States and Canada (THS) at its annual conference in St. Louis, Missouri, July 18, 2018, by being named a Fellow of The Hymn Society. This award, the highest honor given by the organization, was conferred because of Matsikenyiri’s work as a professor, director of choirs, organizer of church music events, compiler of hymns, and advocate for the inclusion of global hymnody throughout the world.

Born in Biriiri, Zimbabwe in 1937, Matsikenyiri served as the Conference Music Director for the United Methodist Church in Zimbabwe (1968-1990). Upon completing his studies in music from Shenandoah University, he returned to his home country in 1993 to head the music department of the newly opened Africa University, founded in 1991. As Lecturer in Music in Faculty of Humanities he developed a four-year music major. Matsikenyiri gained international recognition for his work with the World Council of Churches and the United Methodist Church in the United States. A founding member of the Global Praise Working Group of the General Board of Global Ministries of the United Methodist Church in the early 1990s, his influence was felt throughout their many broader global song collections, but specifically in the Africa Praise Songbook (1998) complete with a CD prepared by the Africa University Choir and Njalo (2006). He also contributed songs to the three volumes of Global Praise. With Maggie Hamilton, he edited Sing! Imba! Hlabela! Zimbabwe: Short Songs and New Compositions from Zimbabwean Churches (1998) in the UK. Most recently he published Njalo (Always): A Collection of 16 Hymns in the African Tradition (Nashville Tennessee: Abingdon Press, 2006) with Daniel Damon, FHS. He is the first person from the African continent to receive the honor for Fellow of THS.

Matsikenyiri has been active globally in the composition, collection, promotion, teaching, and enlivening of congregational song for at least fifty years. He tirelessly promoted congregational singing in indigenous styles and carried songs from his continent to the world church music community. As one of the most highly regarded church musicians in Zimbabwe he contributed to the 1964 publication of Ngoma, the first United Methodist hymnal in his country. Along with I-to Loh, FHS, and Pablo Sosa, FHS – he was one of three world class church musicians who enlivened the singing at the ground-breaking World Council of Churches (WCC) Assembly in Vancouver, British Columbia, in 1983. In 1998 Matsikenyiri prepared the conference choir for the WCC Eighth Assembly held in Harare and served again as animateur. In addition to original songs, he has also composed music for Charles Wesley texts, giving Wesley what Michael Hawn, FHS, calls a “truly global flavor and freeing the Wesleys from the cultural shackles of British and American musical styles.”

Speaking of his friend and colleague, Hawn, (University Distinguished Professor Emeritus of Church Music, Perkins School of Theology) noted that when his country was seeking its independence from white rule in the late 1970s, Matsikenyiri’s music making saved his life. Hawn comment that “he had friends and former students on both sides of the conflict for indigenous rule, a circumstance that literally kept him from being killed by one or the other of the warring groups.” For Hawn, singing with Matsikenyiri is like being “pulled into an act of music-making unlike most others we would experience—an act of musicking that involves the voice, the body, and one’s entire being.”