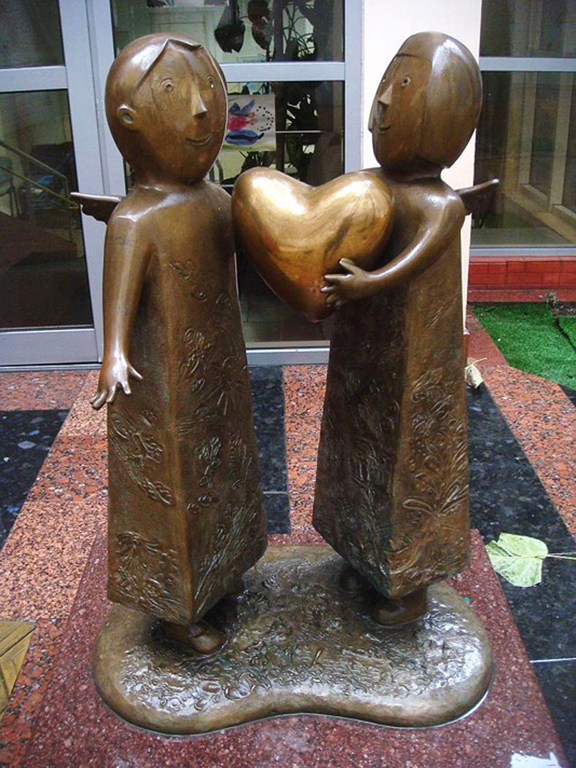 Religion has become increasingly unpopular in recent years. By some it is regarded with contempt and by still others it is considered irrelevant.

The Pew Research Center reported in 2019 that a declining percentage of Canadians identify with any religion and that most see the role of religion in public life as waning. Living Facts, an initiative of the Pew Charitable Trusts, reports that although belief in God is still quite high in the United States, the percentage of religiously unaffiliated persons has been climbing slowly and steadily, and that younger people engage in religious practices far less than older Americans.

Religious institutions have played no small part in fueling the decline of organized religion in North America and elsewhere. Recently, for example, shocking stories of physical and sexual assault of indigenous children by staff of church-administered residential schools have magnified negative attitudes toward institutions perceived as prioritizing protection of abusive leaders and as shielding institutional power and wealth at the expense of victims.

In today’s Gospel reading, representatives from the institutional religious authorities in Jerusalem have traveled to investigate Jesus and his activities. No sooner had they arrived than they began to find fault with the disciples’ failure to follow long-held customs around washing hands before eating.

In his response, Jesus puts his finger on the tendency of religious institutions to place greater importance on their own customs and traditions than on their core values and fundamental calling. Quoting the prophet Isaiah, he points to their hypocrisy: “This people honors me with their lips, but their hearts are far from me; in vain do they worship me, teaching human precepts as doctrines” (Mk 7:6-7; Is 29:13).

Jesus reminds his accusers—and us—that authentic religion is not primarily about external practices; rather, it springs from human hearts that have been transformed by God’s grace. Yes, genuine religion is expressed in outward acts, but the actions that really matter are those rooted in obedience to the God who has loved us and lives within us.

Today’s passage from the Letter to James makes much the same point. The author encourages us to follow the “law of liberty” (Jas 1:25), to “be doers of the word, and not merely hearers who deceive themselves” (1:22). Evidence of authentic religion is found not in ritual or other “churchy” activities—not even in hymn singing. To be truly religious is rather to be one who acts on the word, “to care for orphans and widows in their distress, and to keep oneself unstained by the world” (1:27).

Today’s scripture readings remind us that when we come to worship and sing our hymns, God is calling us not merely to engage in a series of familiar actions, but to embrace the divine call to a change of heart. Sometimes that means affording far less importance to our buildings, our ways of doing things, and our governance structures. Authentic religion requires us to let go of our superiority and tendency to exclude or ignore others. If our praying and our singing are genuine, they will form us into a people who bear fruit in deeds of justice, mercy, and peace.

A Hymn for Today: “Lord, Who Shall Be Welcome”

What does it mean to embrace authentic religion, to be a doer of the word and not a hearer only? The Lectionary appoints Psalm 15 this Sunday as a way for the community to reflect on these issues more deeply. In this responsorial setting, composer Steven Warner adapts the text in such a way that the congregation repeats the opening questions before each verse.

Warner created many of his compositions for the Notre Dame Folk Choir, which he founded in 1980. The influence of this ensemble has extended far beyond the University of Notre Dame to sung worship in Roman Catholic communities throughout the English-speaking world.

Refrain
Lord, who shall be welcome in your tent?
Who may dwell on your holy mountain?

Those who do no harm,
those who do not hurt their neighbor
who honor those who love the Lord:
they will stand with the Lord forever.

Those who keep their pledge,
those who do not take advantage,
they take no bride against the pure:
they will stand with the Lord forever.

Text and music by Steven C. Warner, © 2006 World Library Publications, a division of GIA Publications, Inc. Used by permission under OneLicense #A-792857