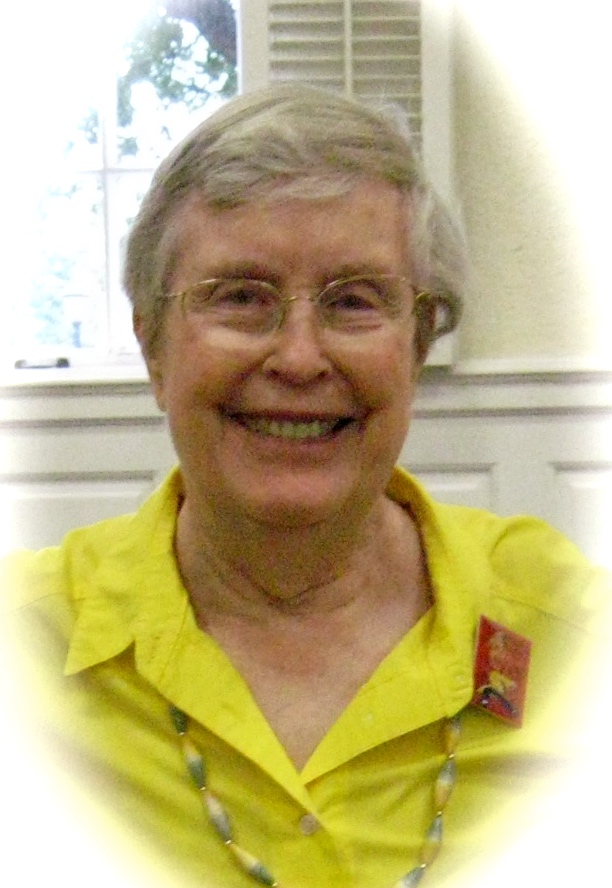 Jane Marshall was a lifelong resident of Dallas, Texas. She was a graduate of Southern Methodist University (B.M. ’45; M.M. ’68). Her mentor, Dr. Lloyd Pfautsch (1921-2003), Director of Choral Activities and founder of the Master of Sacred Music (M.S.M.) program at SMU, recommended that she return for her Master of Music degree in choral conducting and composition.

In line with her poetic gifts, she later taught English in Dedman College, SMU, and choral arranging, music theory, and choral conducting in the Music Division, Meadows School of the Arts, and in the M.S.M. program at Perkins School of Theology. She was nationally recognized ecumenically. Her honors include the Woman of Achievement Award from SMU (1965); Distinguished Alumnae Award from Southern Methodist University; two distinguished service awards, 1974 and 1990, from the Southern Baptist Church Music Conference; and the 1997 Roger N. Deschner Award for “outstanding contributions to the music and worship life of the church,” from the Fellowship of United Methodists in Music and Worship Arts.

Jane Marshall was a complete church musician. After serving in the music ministry of Highland Park United Methodist Church, she was called to Northaven United Methodist Church as its first professional music director and occasional organist in 1958, a congregation in which she held her membership for over sixty years. She was a much-published composer of choral music, a skilled choral conductor and clinician, and a gifted hymn writer of both texts and tunes. Important as any of these accomplishments, she gave herself to pedagogy and mentorship both in the classroom setting with graduate students, in myriad workshop settings with novices in the field, and with individual consultations. This was most evident in her leadership of the Perkins Church Music Summer School, a certification program for church musicians, from 1975-2010. As a teacher of composition and choral arranging, she nourished many Dallas-area composers including Natalie Sleeth (1930-1992). As a hymn writer, she mentored several writers including John Thornburg (b. 1954) during the 1990s while he served as her pastor at Northaven United Methodist Church. Her vocational gifts were not limited to various aspects of music. Jane was also a skilled preacher and worship leader. Sample vignettes of her homiletical insights can be found in her book Grace Noted (1992).

Her more than 200 published choral works are staples in church music libraries throughout the United States. The best-known anthems are “Awake, My Heart,” the prize winning anthem for a contest sponsored by the American Guild of Organists (1957); “He Comes to Us” (1957), the first setting of Albert’s Schweitzer’s famous words from The Quest of the Historical Jesus (1910); “Fanfare for Easter” (1959); and her most widely sung anthem, debuted at Highland Park Methodist Church in 1952, “My Eternal King”(1954). This latter work was performed by the Turtle Creek Chorale for the opening of the Morton H. Meyerson Symphony Center in the Arts District of Dallas in 1989. Lloyd Pfautsch recalled Jane’s choral arranging skills when she was in his class: “Well, there was Jane, and then there was everyone else.” Among the major publishers who continue to carry her anthems are Choristers Guild (Dallas), Carl Fischer Music (New York), GIA Publications, Inc. (Chicago), Hope Publishing Company (Carol Stream, IL), Lorenz Publishing Company (Dayton), and E.C. Schirmer Music (St. Louis).

Following the encouragement of longtime friend and composer Alice Parker (b. 1925), Marshall began composing hymn texts as well as tunes. Her contribution to congregational song includes more than 50 published hymn tunes and psalm antiphons, and several published hymn texts. In both cases, she carefully chooses notes and words – nothing is wasted. The musical and textual logic is clear. The musical style never resorts to cliché and grows in meaning and depth upon repetition. Long-time friend and colleague Carlton R. Young (b. 1926) sums up her style in this way: “Her hymn settings are characterized by an expanded, rhythmic, melodic and harmonic vocabulary, and careful attention to the lyrical, theological and literary qualities of texts.”

She has set hymn texts by numerous prominent historical and contemporary writers, the latter group including Timothy Dudley-Smith, Howard (“Rusty”) Edwards, Christopher Idle, Fred Kaan, Shirley Erena Murray, Thomas Troeger, and Brian Wren. Other collections with her tunes include All Loves Excelling: New Hymn Tunes to Familiar Charles Wesley Texts (Nashville: Abingdon Press, 2007) and Sing for Peace: The Hymns of Shirley Erena Murray set to tunes by Jane Marshall and Carlton R. Young (Nashville: Abingdon Press, 2004). Her most published hymn tunes are associated with the texts of John Thornburg and have been published in What Gift Can We Bring: Hymn Texts with Tune, and Worship Responses by Jane Marshall (Colfax, NC: Wayne Leupold Editions, 2003), God Can Be Seen in Other Ways: Hymn and Tunes for Today (Nashville: Abingdon Press, 2003), and Family of God: New Hymns by John Thornburg and Friends (Nashville: Abingdon Press, 2008). Their collaboration extended to vocal solo works and shorter ritual songs for liturgy. Rev. Thornburg noted, “Jane’s combination of keen musicality, theological depth and humor made her a wonderful companion in creativity. The sixteen hymns in our collection, Can God Be Seen in Other Ways, were all written in a period of six weeks, and they were among the most meaningful six weeks of my life.”

Several of Jane’s hymns demonstrate her consummate skills as both text and tune writer. “From Miles Around the Sick Ones Came” (BOZELL), “God Implants a Call” (HOLLOWAY), and “With Awe Approach the Mysteries” (HELENSONG) are examples that place her in a select group of successful composers/lyricists. It is her most published hymn, “What Gift Can We Bring” (ANNIVERSARY SONG), that most clearly represents this unusual combination of skill sets. Composed in 1980 for the twenty-fifth anniversary of Northaven United Methodist Church, this is a hymn of pure gratitude. Following the first stanza which poses three rhetorical questions, the second stanza offers gratitude for a heritage of those “who planted and watered so dreams could come true.” The third stanza looks boldly to the future that is “full of surprises” but abides with the assurance that “we rest in God’s keeping and live in God’s love.” The final stanza skillfully reprises the first, not as a series of rhetorical questions, but as joyful affirmations. Quoting this stanza, we come now “remembering, rejoicing” in the many musical offerings composed by Jane Marshall that help us to articulate our faith and witness and guide our worship.

_____. “History of Hymns: What Gift Can We Bring.” September 23, 2013. https://www.umcdiscipleship.org/resources/history-of-hymns-what-gift-can-we-bring