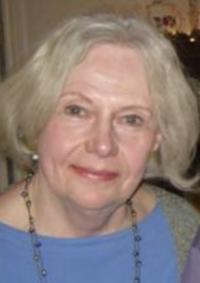 Nancy Wicklund Gray, wife of Ray Gray, died quietly on Monday, September 2, 2019 at her home in Doylestown, PA. The cause of death was cancer. Nancy Wicklund epitomized a musician’s librarian through her service to the music library, performance collection, and archives of Westminster Choir College of Rider University in Princeton for over four decades. The daughter of Carl E. and Arna Evelina Anderson, she was born on March 31, 1944 in Minneapolis, MN. Nancy Wicklund received a Bachelor of Music degree in Church Music (organ) from Westminster Choir College in 1970. Upon graduation, she began her distinguished professional career at Westminster Choir College as the choral librarian and soon received faculty status. Nancy Wicklund advanced to the position of acting director of Westminster’s Talbott Library in 1977. Having earned a Master of Science in Library Studies degree at Drexel University in 1980, Wicklund rose to the rank of Associate Professor, becoming a tenured member of the Westminster faculty. Nancy Wicklund served in numerous capacities within the library, including as the College’s first archivist, the head of the performance collection, and the head of public services, reference, and special collections. In each of her positions in the WCC library system, Nancy Wicklund assisted faculty, students, and church musicians in research in all areas of church music, performance studies, and music history. Countless conductors, singers, and music educators will remember Nancy Wicklund as a boundless resource for vital, detailed, and reliable information. Although she officially retired in 2010, Nancy continued to assist alumni and researchers until her death. Her mentorship of the scholarship and musicianship of Westminster Choir College students and faculty will be an enduring, treasured legacy.

As a faculty member, Nancy taught courses in music resources and served faithfully on a number of College committees. In 1998, Nancy Wicklund was honored with the Westminster Choir College Alumni Service Award. As Librarian Emerita, Nancy Wicklund aided in the preservation of Westminster Choir College’s history and essence by means of her care of the manuscripts, scores, recordings, and memorabilia of the famed institution.

Through her scholarly endeavors, Nancy Wicklund became an authority on the life and work of Dr. Erik Routley, the British theologian and hymnologist who was in residence at Westminster Choir College from 1975 to 1982. Nancy Wicklund earned three funded research leaves from Rider University to assist her in chronicling Dr. Routley’s international influence on church music. Her research resulted in a paper entitled “Routley – Unashamed Organist” that she read at the annual conference of the Music Library Association in Boston in 1998. She gave a presentation titled “Remembering Erik Routley on the 20th Anniversary of His Death” at the conference of the Hymn Society in the US and Canada held in Winston-Salem, NC in 2002. She organized an Erik Routley Hymn Festival at WCC in 2007. She also authored Routley’s biography for the Canterbury Dictionary of Hymnology. At the time of her death, Nancy Wicklund Gray was completing the definitive biography of the theologian and hymnologist.

An active church musician, Nancy served as organist at the Trinity Episcopal Church in Buckingham, PA from 1985-1991. She was a member of the American Guild of Organists and the Hymn Society, serving as Secretary of the organization from 2005-2009.

On May 1, 1999, in a joyful occasion of song and storytelling, Nancy Wicklund married Ray Gray, her beloved husband who survives her along with stepchildren Matthew and Jennifer and step-grandchildren Kylin and Brett. Together Nancy and Ray enjoyed gardening, cooking, and traveling. Tributes to the loving memory of Nancy Wicklund Gray can be addressed to The Westminster Foundation, Princeton, NJ, Inc. at https://westminsterfoundationprinceton.org/.