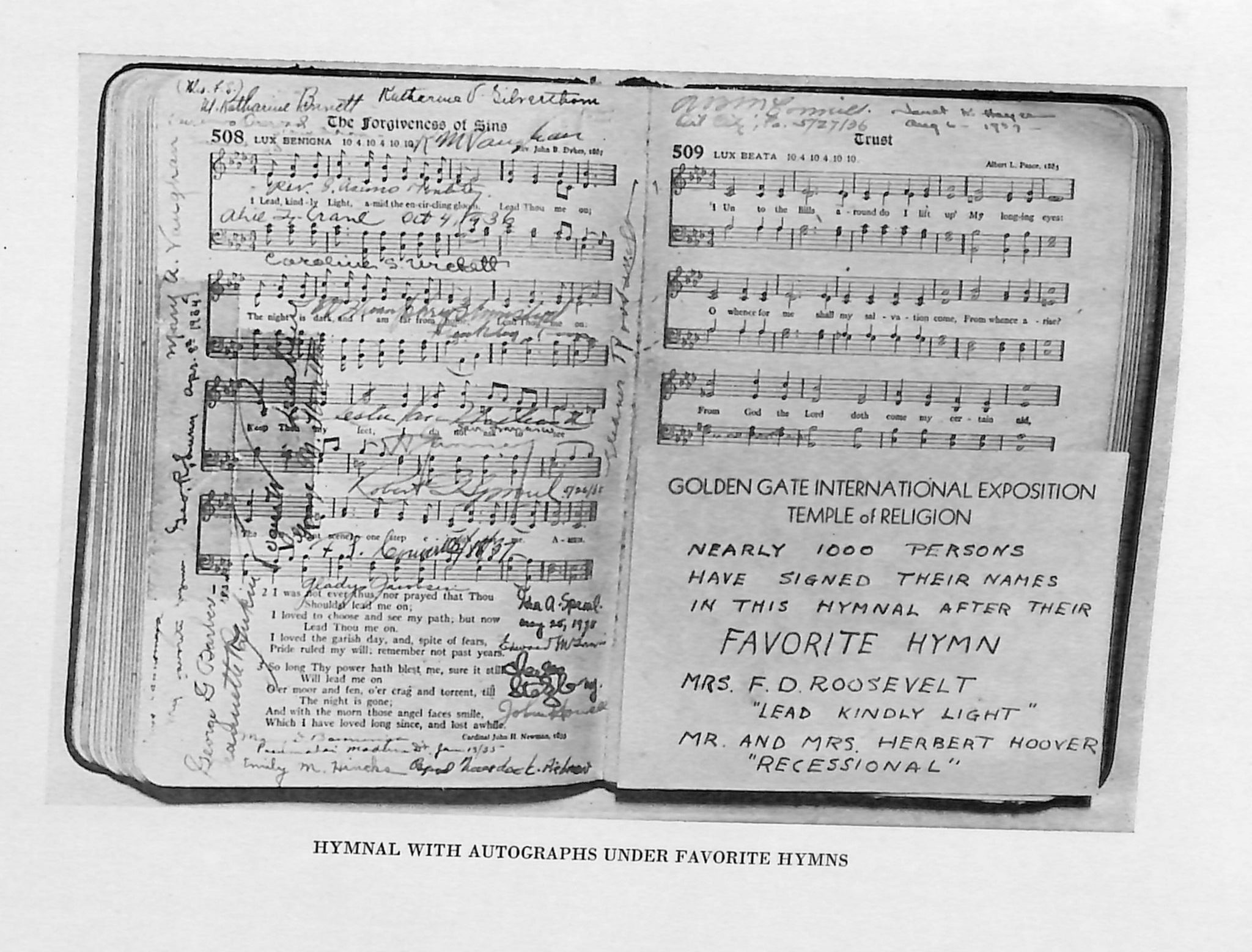 This database accompanies the article “Have You a Favorite Hymn?” published in The Hymn (Autumn 2018), by Tina Schneider and Emily Preston. This article explored a hymnal owned by Stanley Armstrong Hunter, a Presbyterian minister who pastored in Berkeley, California in the early- to mid-20th century. Over the years, Hunter asked about 4,200 people to sign their favorite hymn, and as a result the hymnal is full of autographs. Some people were famous, others not. Many were active in the pacifist and ecumenical movements of the time (about 1933-1959), and many others were active in missionary work. Among the more notable names are Eleanor Roosevelt, Mary McLeod Bethune, Harry Truman, Georgia Harkness, Paul Tillich, Herbert Hoover, Jeanette Rankin, Billy Graham, and Howard Thurman. There is much to be discovered here in both the theological and musical choices of the people who signed the hymnal.

This spreadsheet outlines the following: hymn number, hymn chosen (possibly different from page actually signed), first name, last name, date, and any given miscellaneous information. A notes field is used for any information not in the hymnal itself, such as whether an entry needs further review or requires any clarifications. Page scans are available in most cases, although the hymnal is quite fragile. If you would like a page scan with a particular autograph on it, please use this contact information: