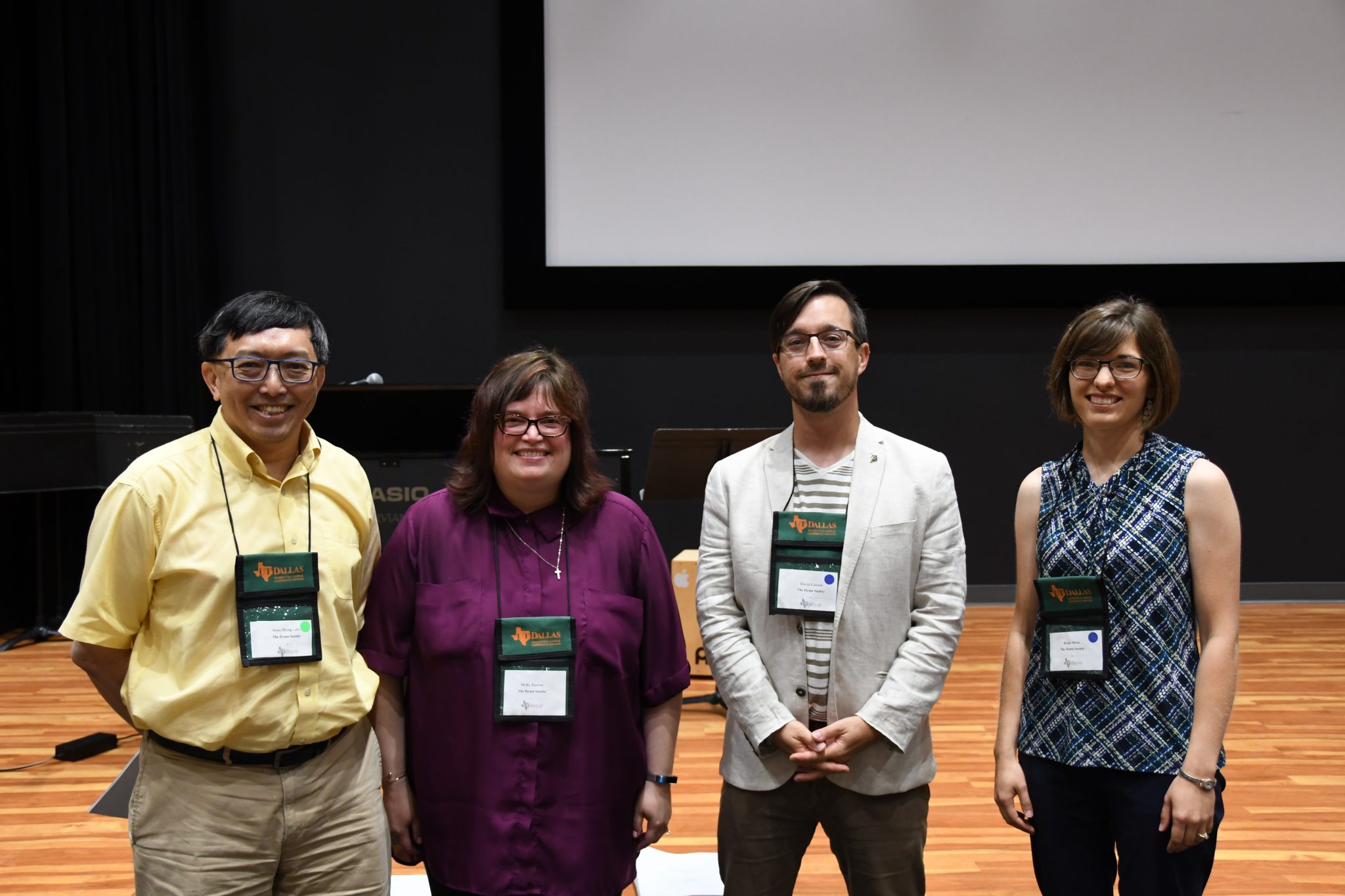 Call for Papers on Congregational Song

The Hymn Society in the United States and Canada invites current graduate students and those who have graduated within the past three years to submit proposals to present their original, unpublished research on congregational song during our Annual Conference from July 16-19, 2023 in Montréal, Québec.

Submissions are to be guided by the research parameters of practice, philosophy (theology), history, and/or context of congregational
song. We also welcome submissions that reflect the conference theme “Land, Language, and Liberation” (see https://thehymnsociety.org/event/).

Three such presentations, each strictly limited to fifteen minutes, with five minutes added for questions, will be featured during the conference in a sectional event identified as the Emerging Scholars Forum. Conference registration fees will be waived for the three presenters. If anyone is unable to travel to Montréal to present their paper, they will be invited to give their presentation via Zoom. One research paper will be selected to win consideration for the Emerging Scholar prize of publication in The Hymn and a $150 gift certificate for books to support the author’s research.

Applicants should submit a 300-word abstract by April 1, 2023, along with complete contact information, including e-mail and postal address, and a letter of support from someone in a position to comment on the applicant’s scholarly qualifications. Three applicants will be selected to present their work at the conference. They will be required to submit a final paper of no more than 5000 words (about 20 pages) by May 31, 2023 for judging by a committee consisting of the Director of Research, the Editor of The Hymn, and a panel of international scholars of congregational song.

Stephanie Budwey, Director of Research
The Hymn Society in the United States and Canada

Abstract: “’Way Maker’ by Sinach and the Issue of Overlooked Authorship in Contemporary Worship Music”

On December 1, 2020, Nigerian songwriter Sinach made history when her song “Way Maker” ranked #1 on the Christian Copyright Licensing International Top 25 list, making her the first Black woman to top the list and the first solo woman to do so in over 25 years. “Way Maker” has been widely adopted by evangelicals around the world and has been covered by most major Christian worship bands in North America. The widespread adoption of the song represents a unique moment in contemporary worship music history as it is arguably the first time a song with non-Western origins has been so widely adopted. However, the identity of the anthem’s songwriter has often been overlooked. This paper suggests that the context and story behind “Way Maker,” and other contemporary worship songs from around the world, must be communicated in corporate worship. It draws on literature on global Christian music (Glynias Moore 2018) and congregational song ethics (Myrick 2018) to suggest that “Way Maker” is most respectfully used in worship when it is contextualized. By referencing theological considerations on copyright (United Church of Canada 2022), I will explore how the copyright and licensing of a song such as “Way Maker” is indeed a theological issue, rather than simply a monetary one.

Engaging Crenshaw’s (1989) theory of intersectionality, this paper suggests that the authorship of songs must be recognized to avoid compounding forms of oppression, and that values embodied by global song practitioners must be applied to contemporary worship songs that emerge from around the world. By examining the nuances of using “Way Maker” in worship, scholars can further understand intersections between international copyright, authorship, and worship music, and the church can better acknowledge the identities of the songwriters who shape our faith.

No Forum Was Hosted

Abstract: “An Analysis of Economic Justice Issues in Congregational Song”

Scripture is full of references to economic issues, and many of these passages speak strongly against economic injustice or oppression. Psalmists condemn those who plunder the poor (Psalm 12:5-8), Mary’s Magnificat song declares that the hungry will be filled while the rich are sent away empty, and Jesus brings good news to the poor while challenging the wealthy and powerful. These Scripture passages have inspired Christians like Dorothy Day, Gustavo Gutiérrez, and Martin Luther King, Jr. to work for economic justice and equality and to resist oppressive systems.

So what do the hymns we sing today have to say about our economy? At their best, our congregational songs could allow us to lament suffering and challenge economic injustice in the prophetic tradition. At their worst, our songs might give us a sense of false hope, focus on economic issues only at a personal level rather than a systemic level, or ignore economic issues entirely. The deeply formative hymns we sing each week can either empower us or lull us into complacency, and as economic inequality increases around the world, leading to hunger, homelessness, and precarity, Christians have a responsibility to closely examine the messages that our hymns are sending.

In light of this imperative, I will analyze current hymnals as well as the CCLI Top 100 song list to answer four questions 1) What are the most common references to economic issues such as poverty, wealth, or labor in our hymnody?; 2) What theological ideologies are at work in these references?; 3) How do these references reflect the scriptural tradition of prophetic resistance, solidarity with the poor and marginalized, and God’s desire for abundant life for all?; and 4) In light of our current economic realities, what messages are we sending—overtly or subtly—in the congregational songs we sing?

Abstract: “A Baptist Theology of Worship and the Hymnody of Anne Steele”

This study will consider Anne Steele (1717-1778), a prominent and distinctive British Baptist hymn writer of the eighteenth century. A Particular Baptist and pastor’s daughter, Steele first began writing hymns as a devotional expression of her adoration of God, not intending that they be used publicly. She penned hymns that were “personal, introspective, and honest” and that posed many questions about the nature and essence of encountering God.[1] Often regarded as the Baptist counterpart of Isaac Watts, Anne Steele became one of the most popular Baptist hymn writers of the eighteenth century; her hymns were published and acclaimed in her lifetime and appeared in various British and American collections well into the nineteenth century. To consider Anne Steele within the proper historical context I will draw upon the scholarship of Christopher Ellis. In his book Gathering: A Spirituality and Theology of Worship in Free Church Tradition, Ellis clearly establishes that historically, a Baptist theology of worship centered upon sincere devotion of the heart, the primacy of the Word, the community of believers, and the coming Kingdom of God.[2] In this paper, I will show that the four theological themes of Ellis can be found and illustrated within the hymnody of Anne Steele. Included in this study will be a brief biographical sketch as well as a consideration of the historical and cultural context in which she carried out her vocation and fulfilled her Christian calling.

Abstract: “Beyond the Guitar: The Keyboard as a Lens into the History of Contemporary Praise and Worship”

Recent musicological scholarship[1] has centralized the guitar in the history of contemporary worship music.[2] Since the Jesus People movement in the late 1960s, the guitar has been seen as the symbol of the folk and rock music that has constituted the backbone of culture and worship wars. This narrative has largely assumed the enduring centrality of the guitar in new forms of music for worship consistently that by 1999, Michael Hamilton wrote in Christianity Today of “The Triumph of the Praise Song: How Guitars Beat Out the Organ in the Worship Wars,”[3] equating “Praise Song” with the guitar itself. Though the guitar is central to today’s top CCLI songs—and the use of the Organ seems to have waned—it is an overreach of historical method to say that the guitar alone has been the harbinger and sustainer of musical transformation. I suggest that the keyboard represents an important and independent cultural and musical contribution to changes in music for worship between the Jesus People of the late 1960s and the “British Invasion” of the 1990s.

This paper will explore the ways recent scholarship on the history of contemporary worship has overlooked the important role of the keyboard and develop an argument for a keyboard-centric strand within praise and worship that is unique and influential, namely that strand represented by the emergence of the widely popular Integrity’s Hosanna! Music in the mid- to late-1980s. Doing so provides a much-needed complexification of the accepted musical-worship narratives of  transformations in the second half of the twentieth century.

[2] Though some scholars use these terms to attempt to denote genre distinctions, I use them interchangeably to represent the broad spectrum of repertoire.

2017 marks the 500th anniversary of the Reformation, and while it is good to celebrate congregational song since the Reformation, there is also a danger, especially among Protestants, of forgetting the medieval heritage of Christianity. Often, Protestant depictions of ecclesial and liturgical history leap from the early church to the 16th century, ignoring or deliberately distancing present-day Protestants from the medieval period. Protestant hymnals, however, can reveal an alternative narrative.

This paper analyzes the 59 medieval texts and 18 medieval tunes contained in three significant Protestant hymnals published in the past decade: Evangelical Lutheran Worship, Glory to God, and Lift Up Your Hearts. Medieval texts and tunes—defined as originating in the millennium between 500 and 1500—are identified based on the citations given in the hymnals, which is the information most readily available to worshipers. This corpus of medieval texts and tunes is then analyzed through various lenses, including date and place of origin, authorship, the translation history of texts, musical genres, text-tune pairings, and topical categorization in the hymnals.

Key issues emerging from this content analysis are engaged. 1) These texts have been translated through processes of paraphrasing, abbreviating, and altering the original medieval words. At what point are we no longer singing medieval hymns? 2) Many medieval texts are attributed to significant figures. Are human connections as important as theological content? 3) The medieval sources of some hymns, particularly of tunes, are not always explicitly indicated in the hymnals. Does conscious awareness of medieval origins matter?

Church musicians and worship leaders can highlight the origins of medieval hymns in Protestant hymnals, as a way both to discourage Protestant worshipers from distancing themselves from their shared medieval heritage and to encourage congregations to embrace the riches of the medieval period. 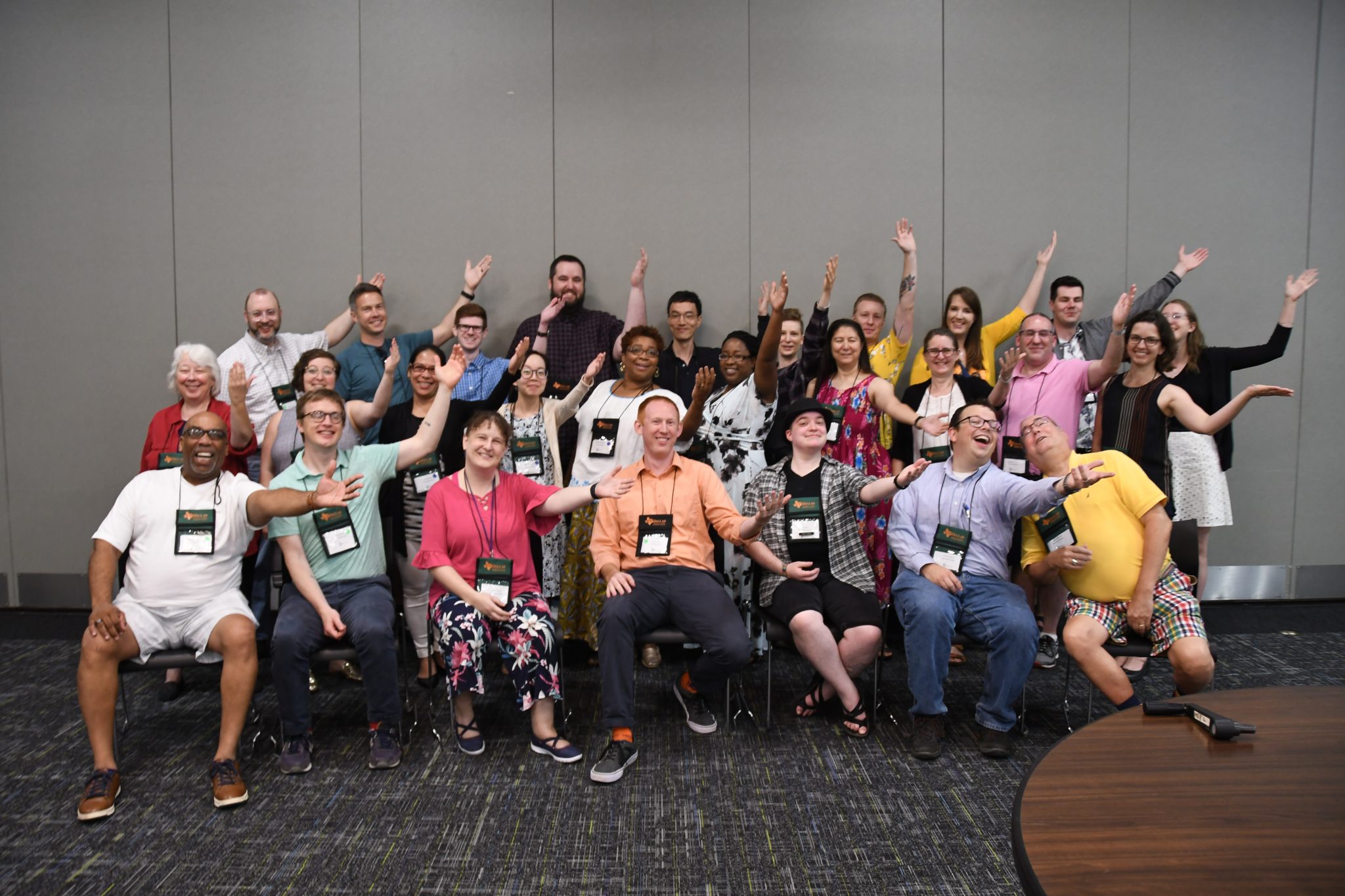 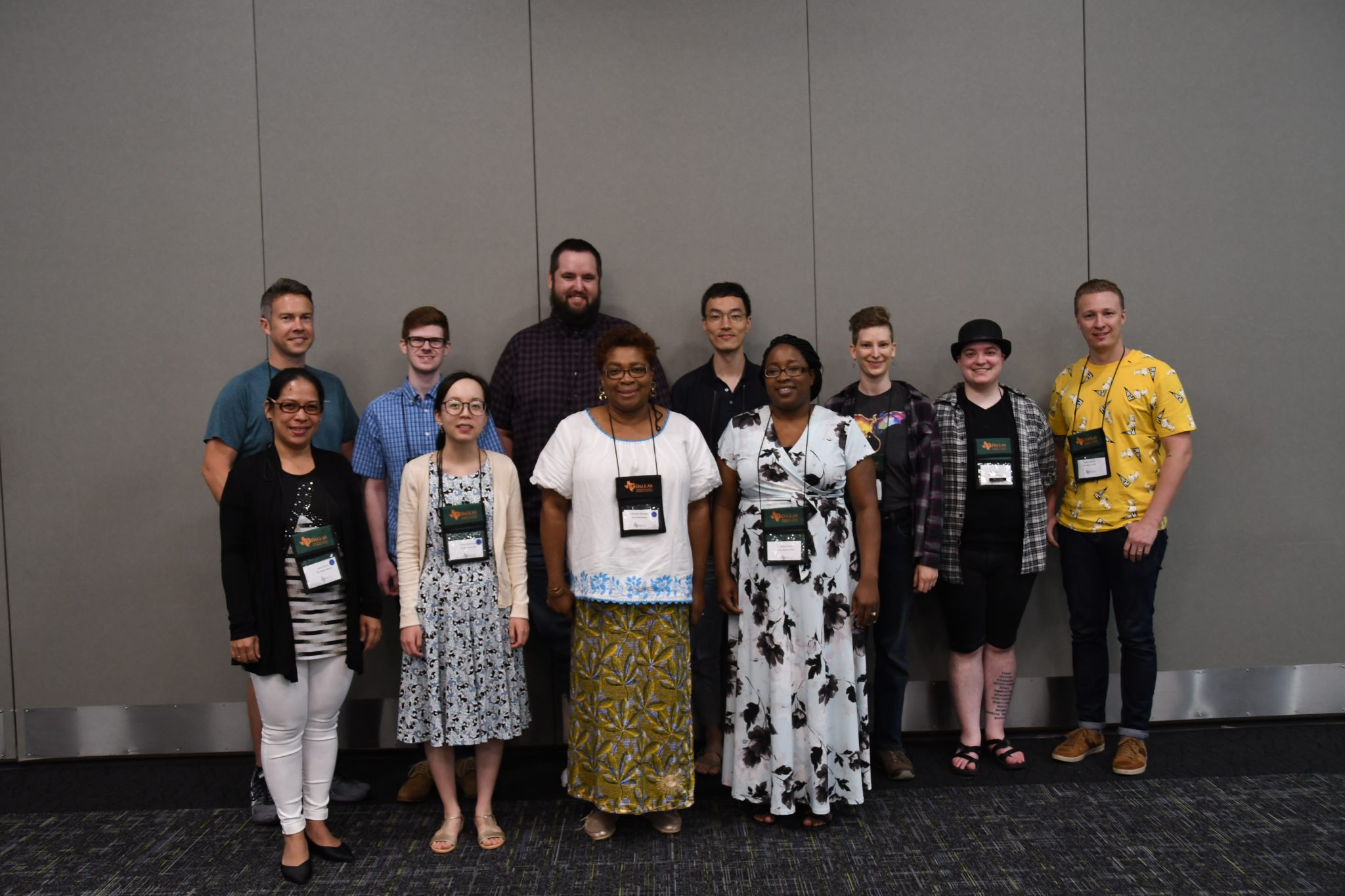 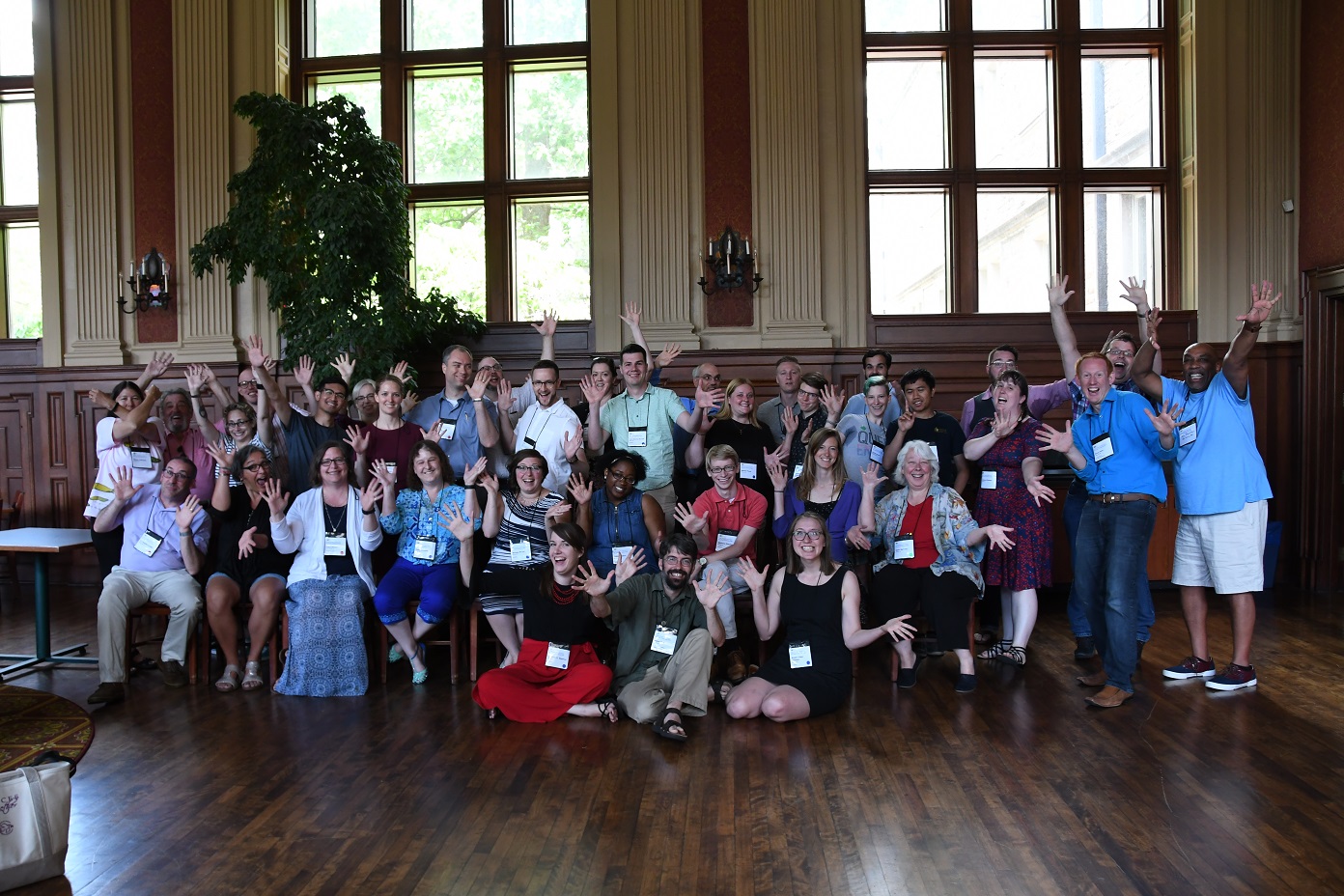 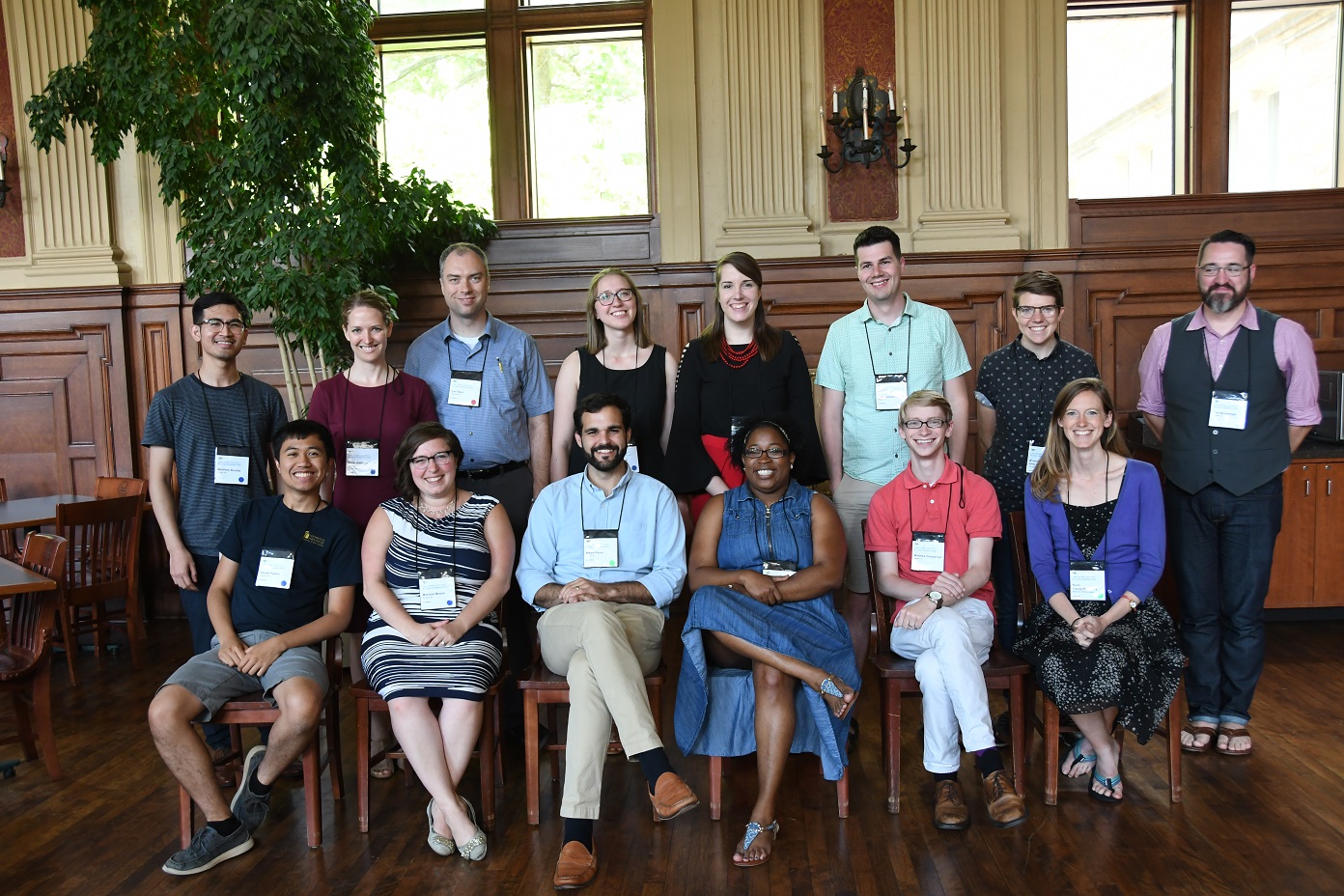 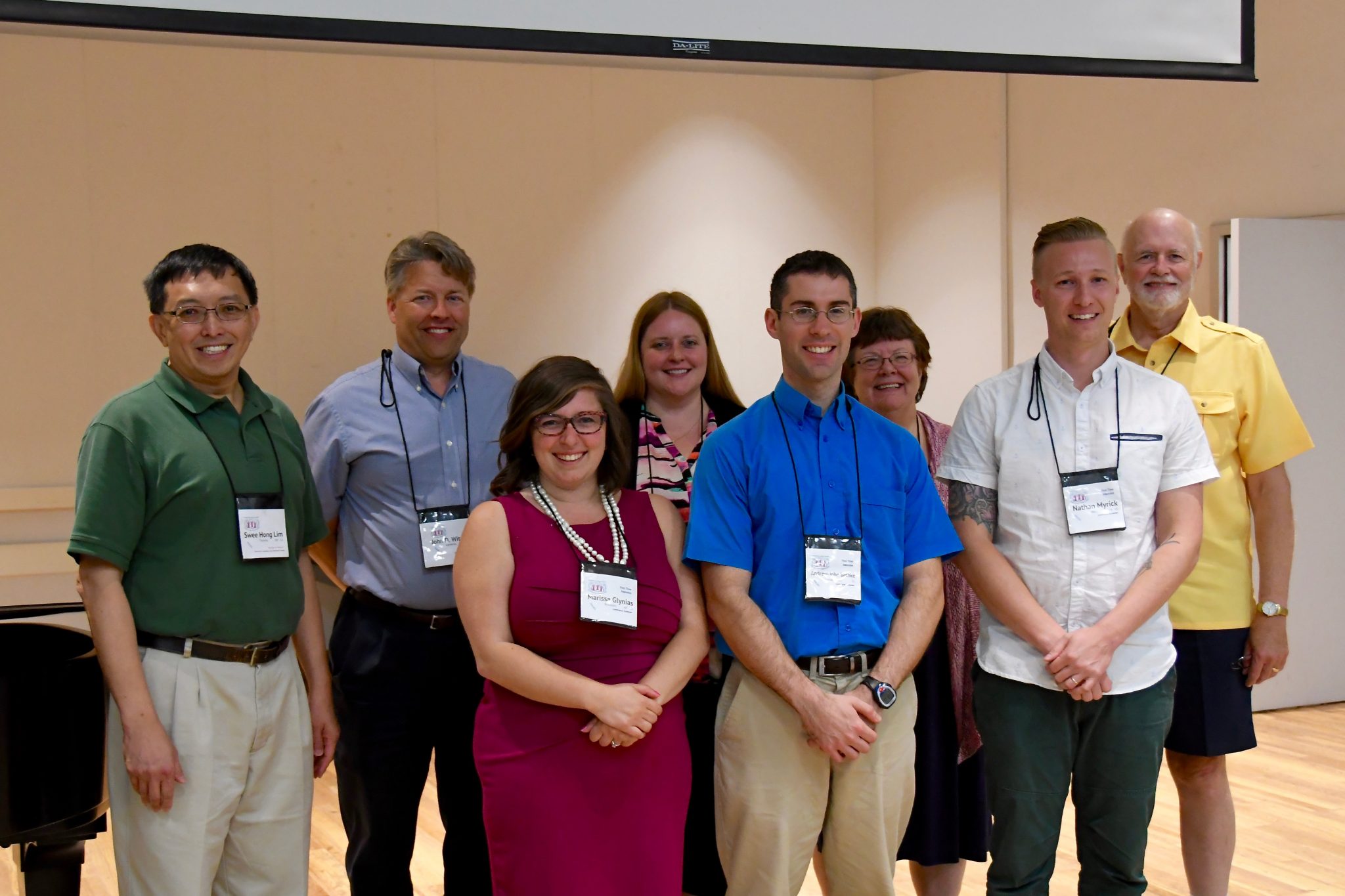 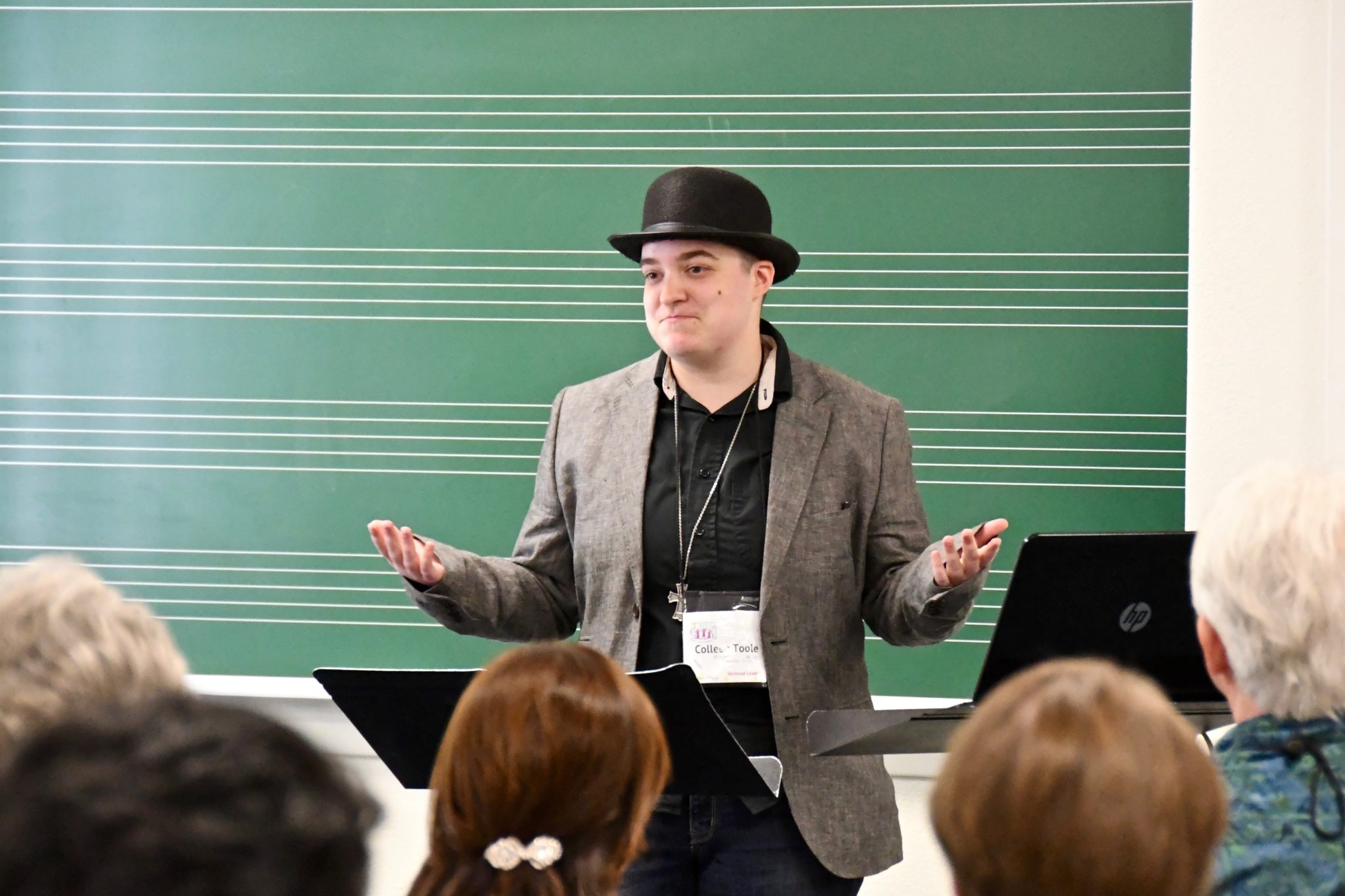 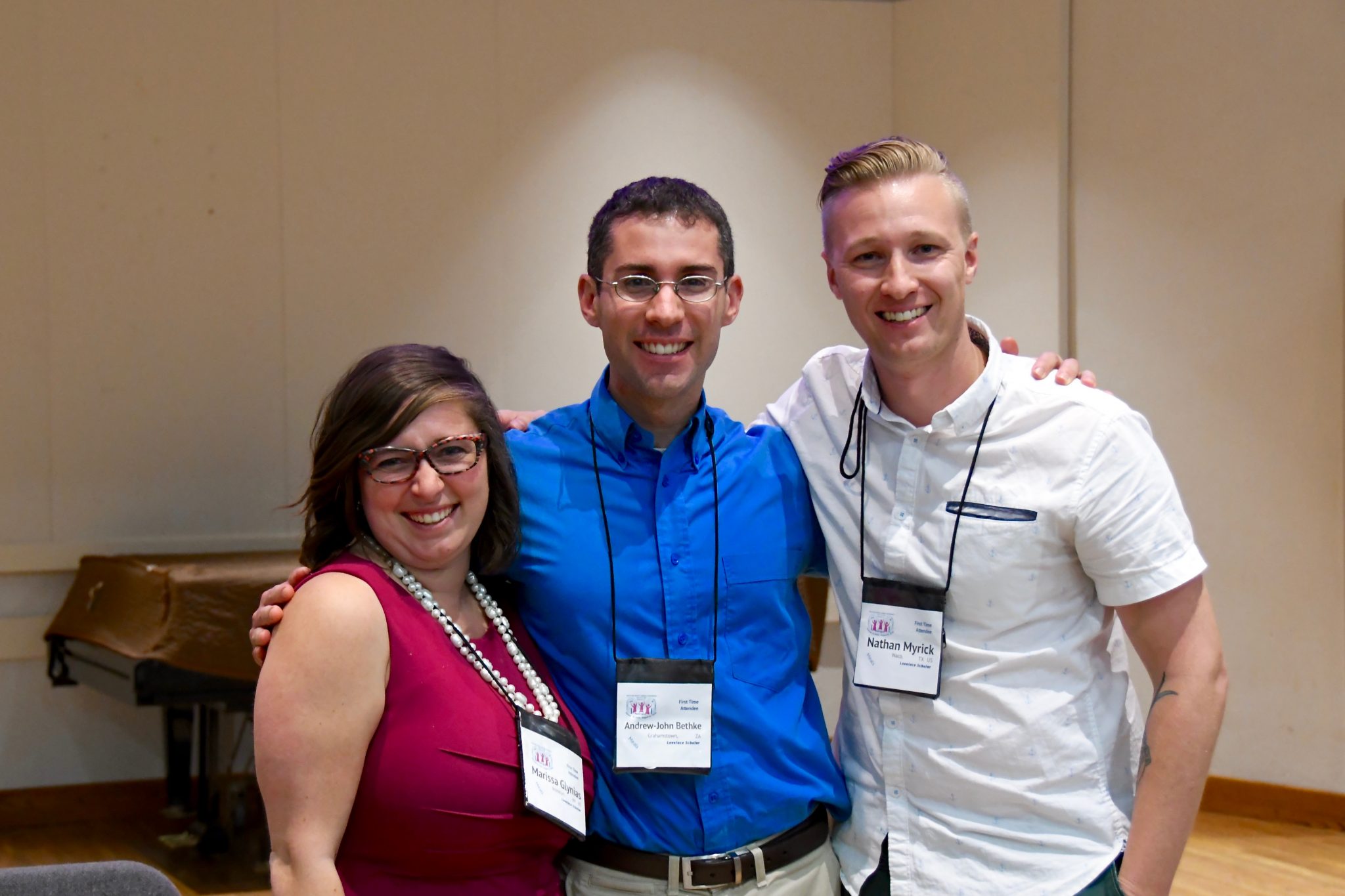 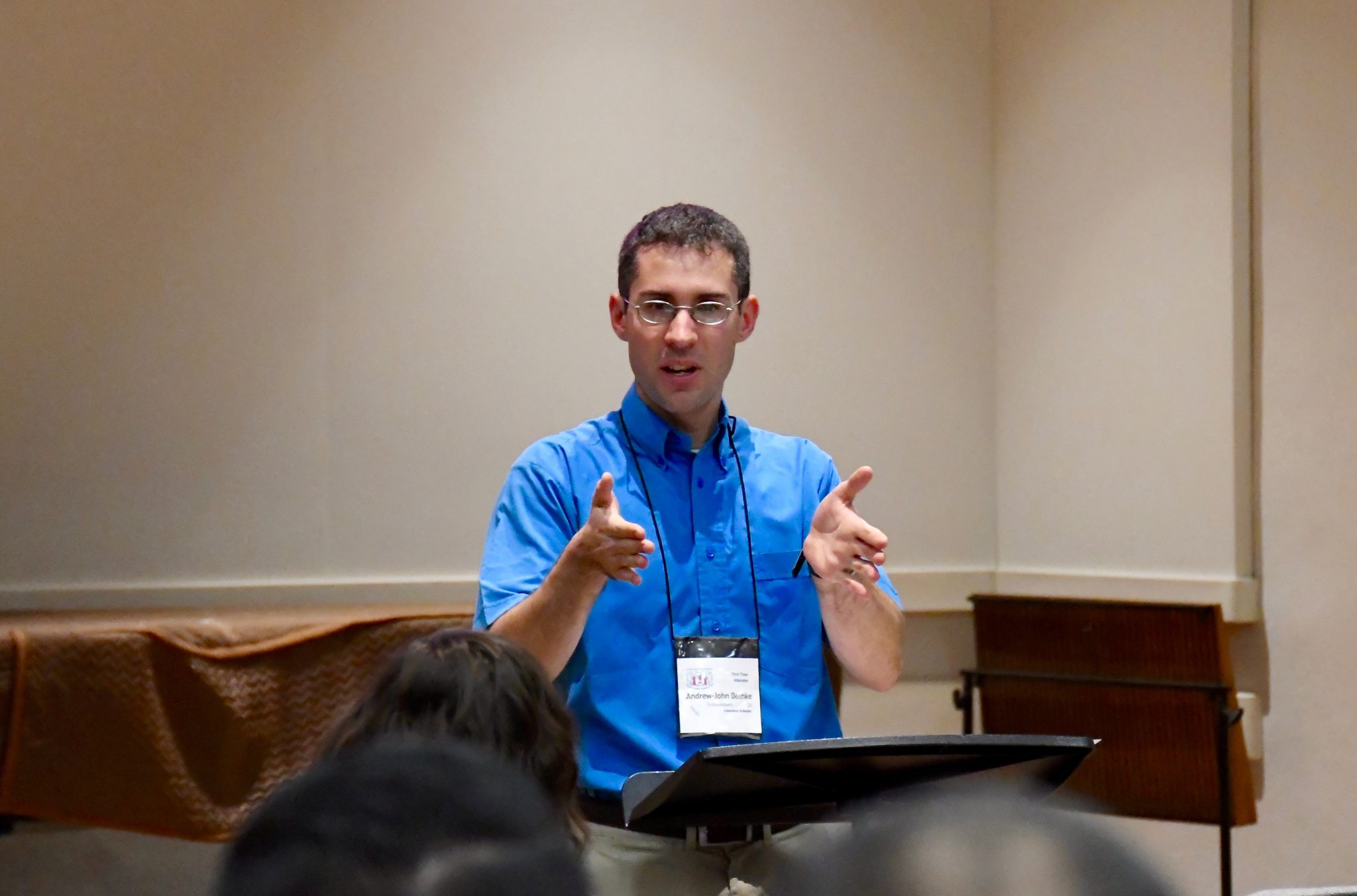 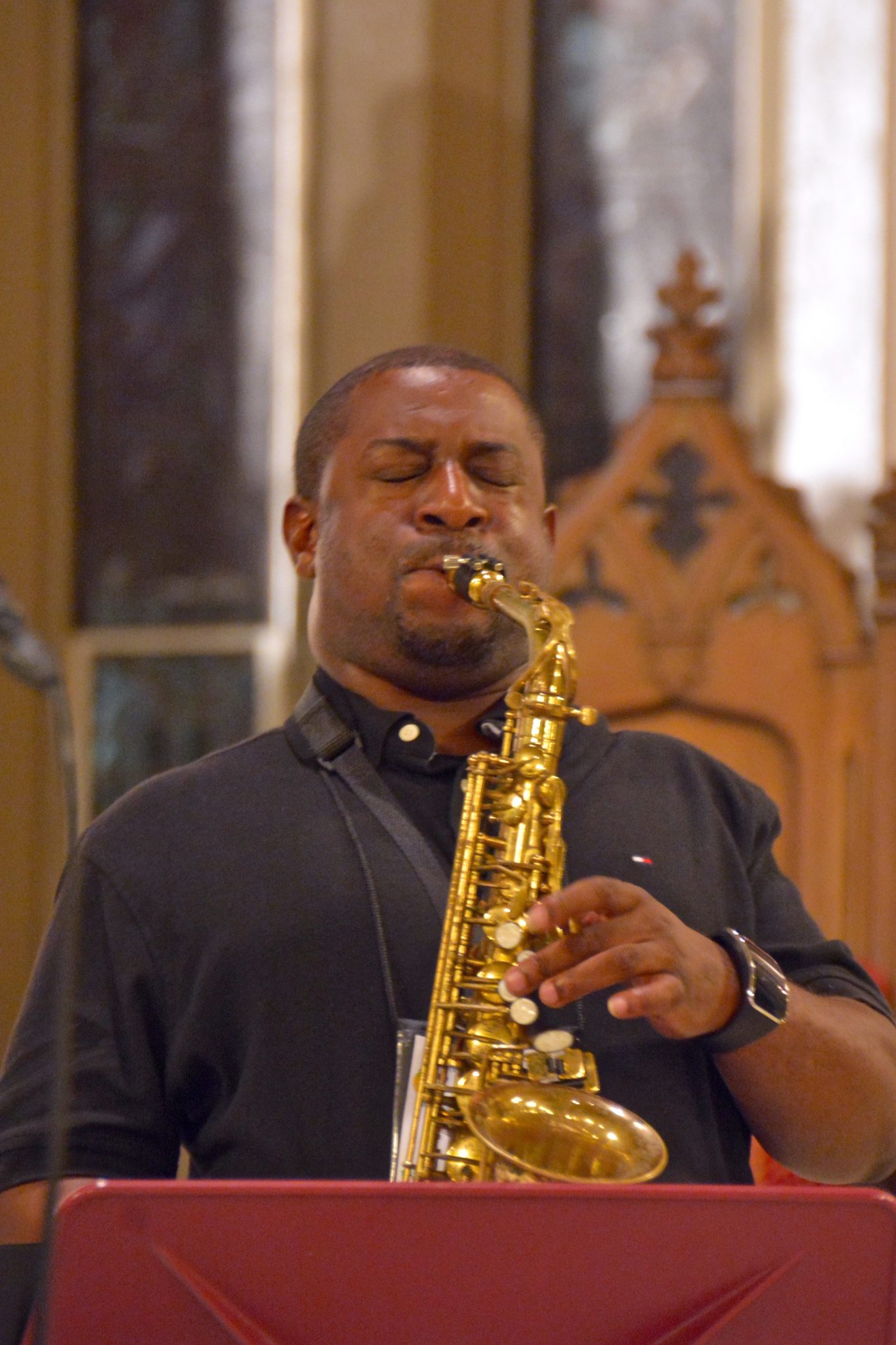 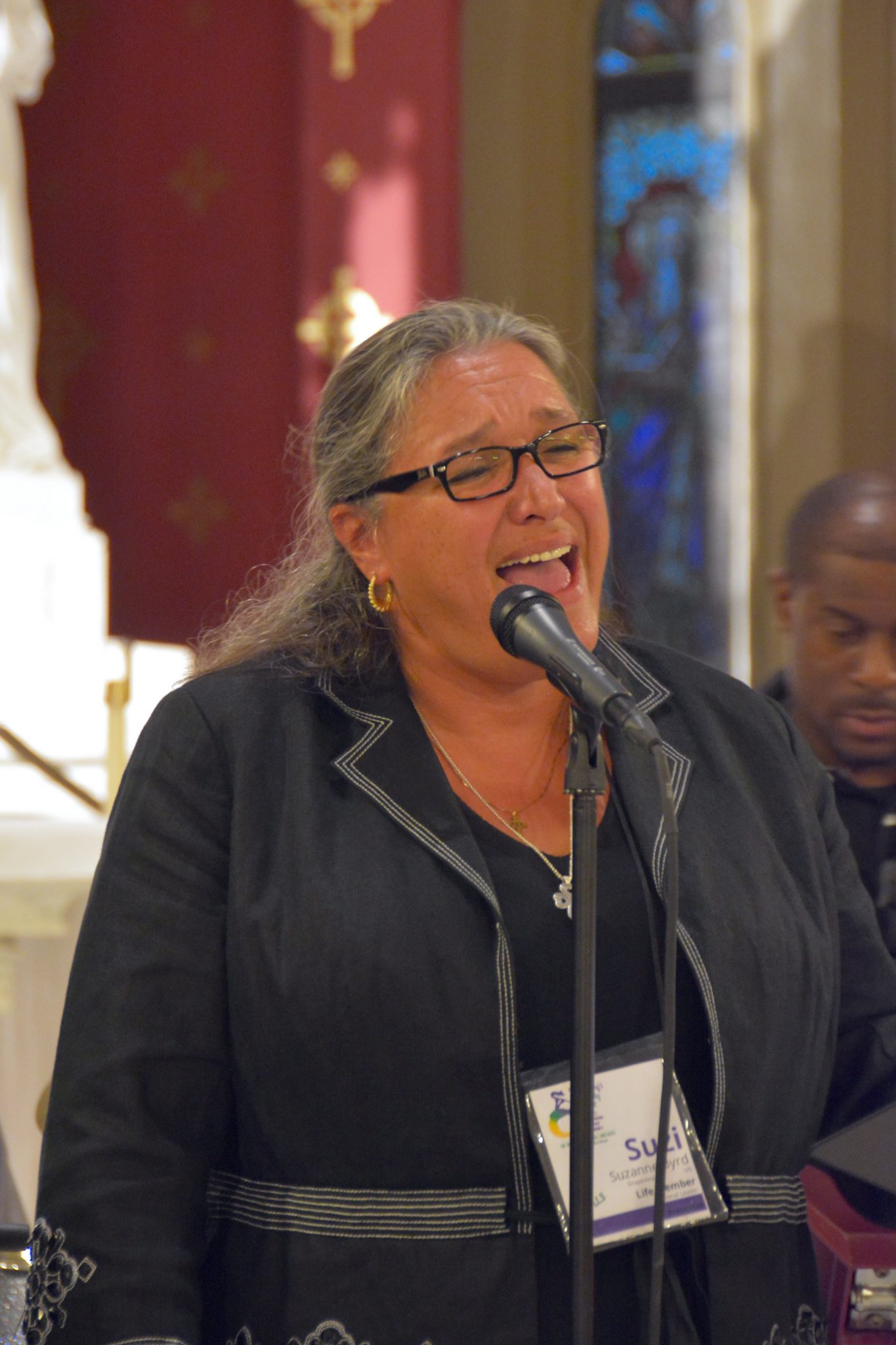 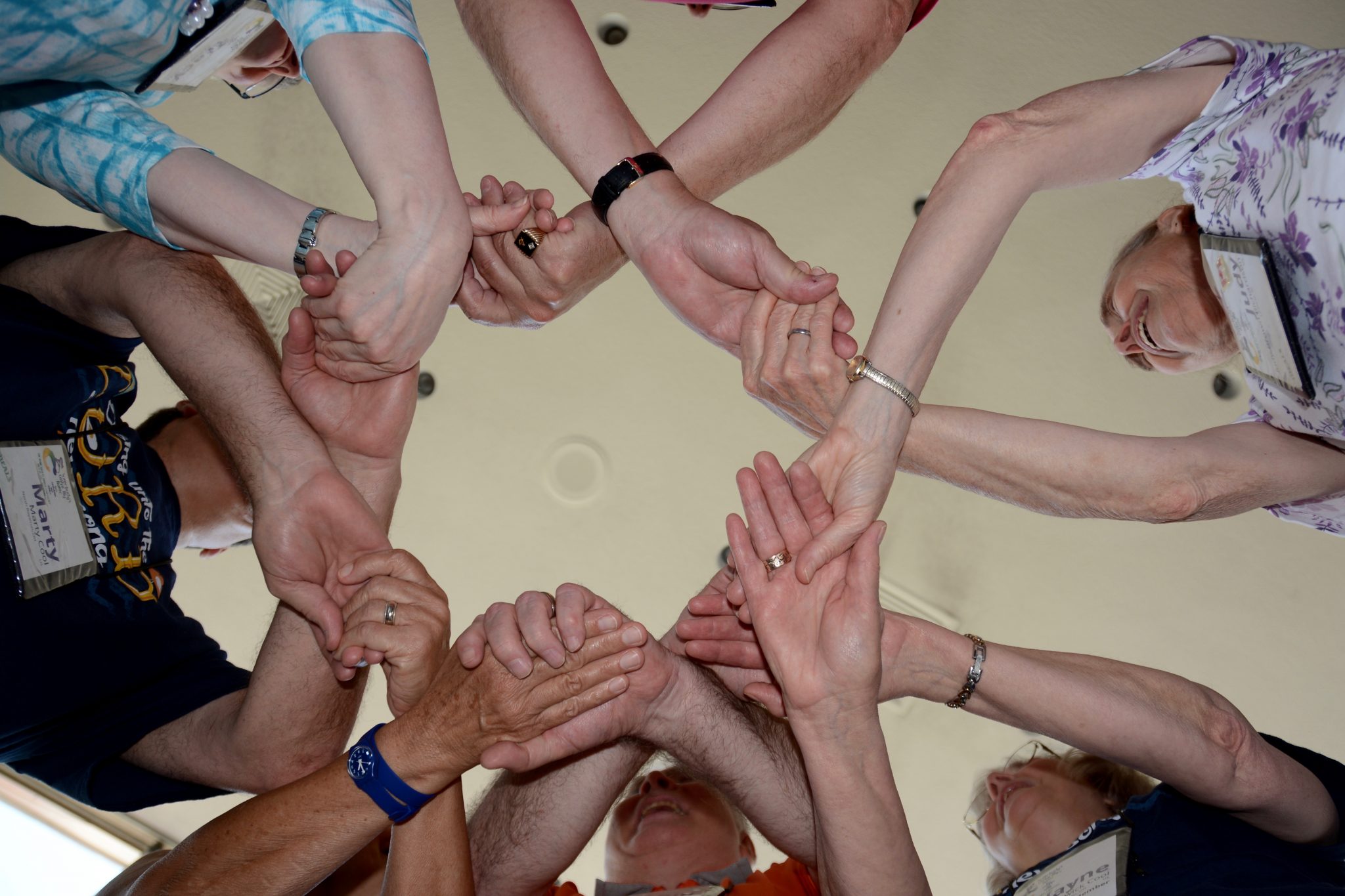 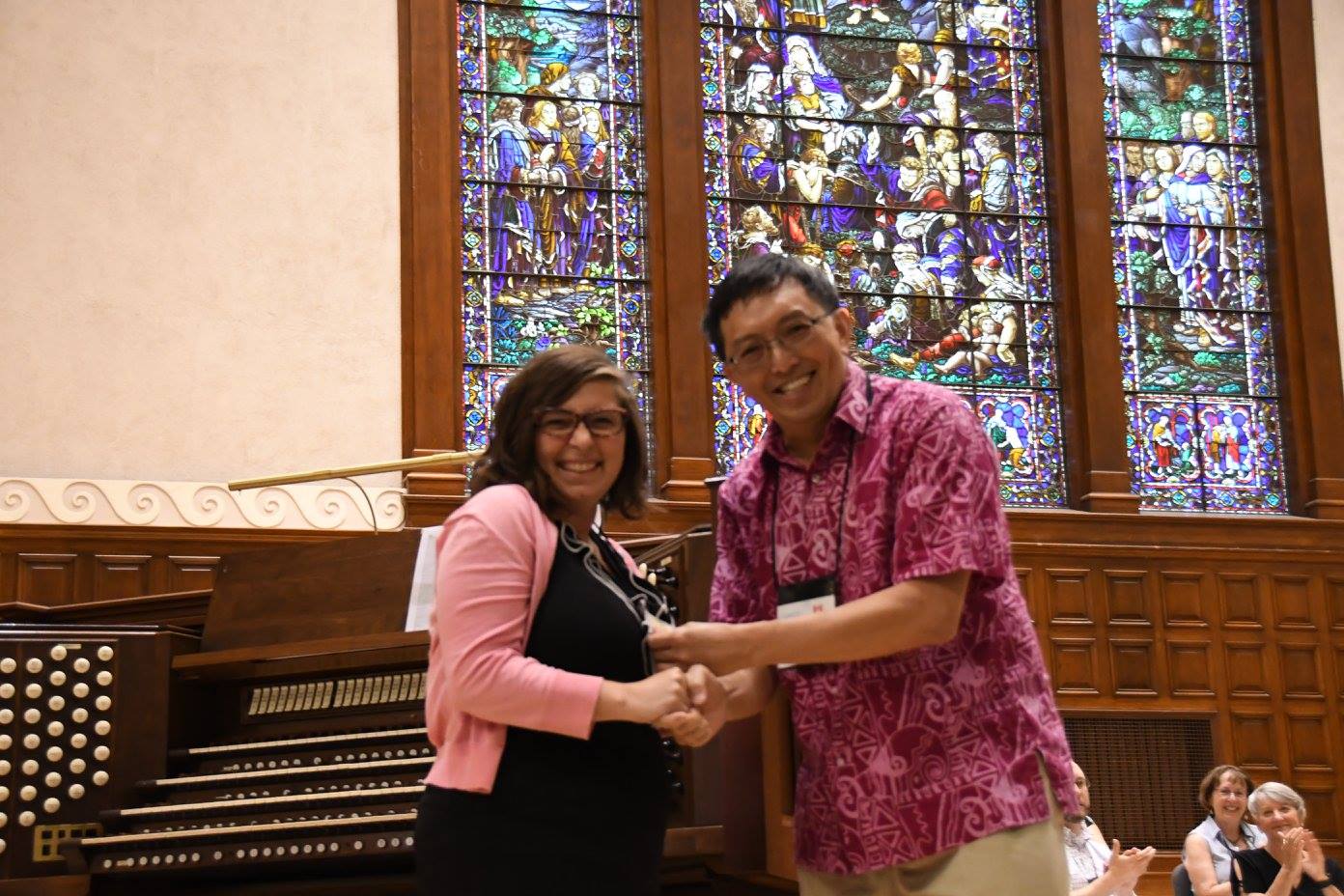 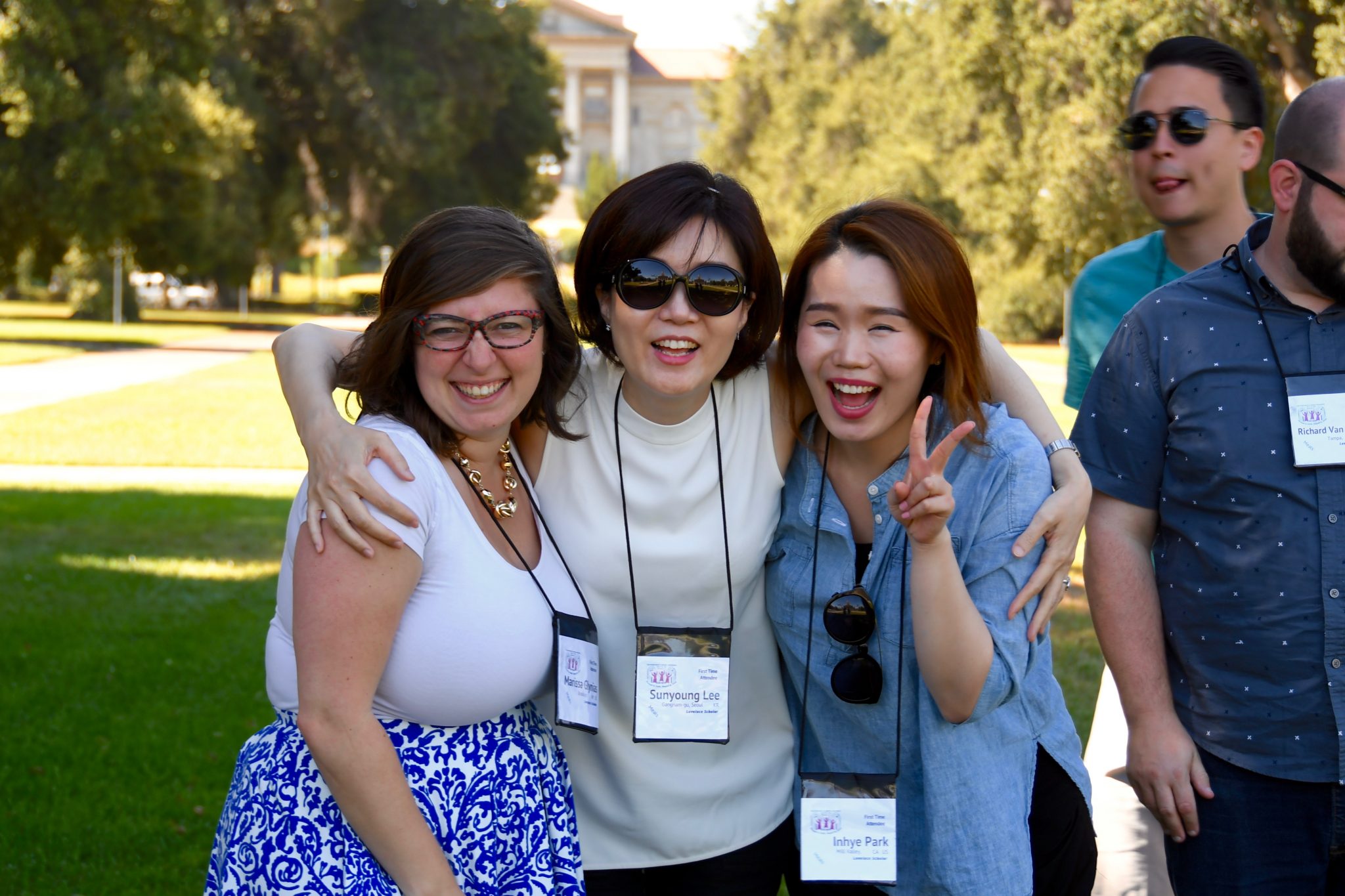 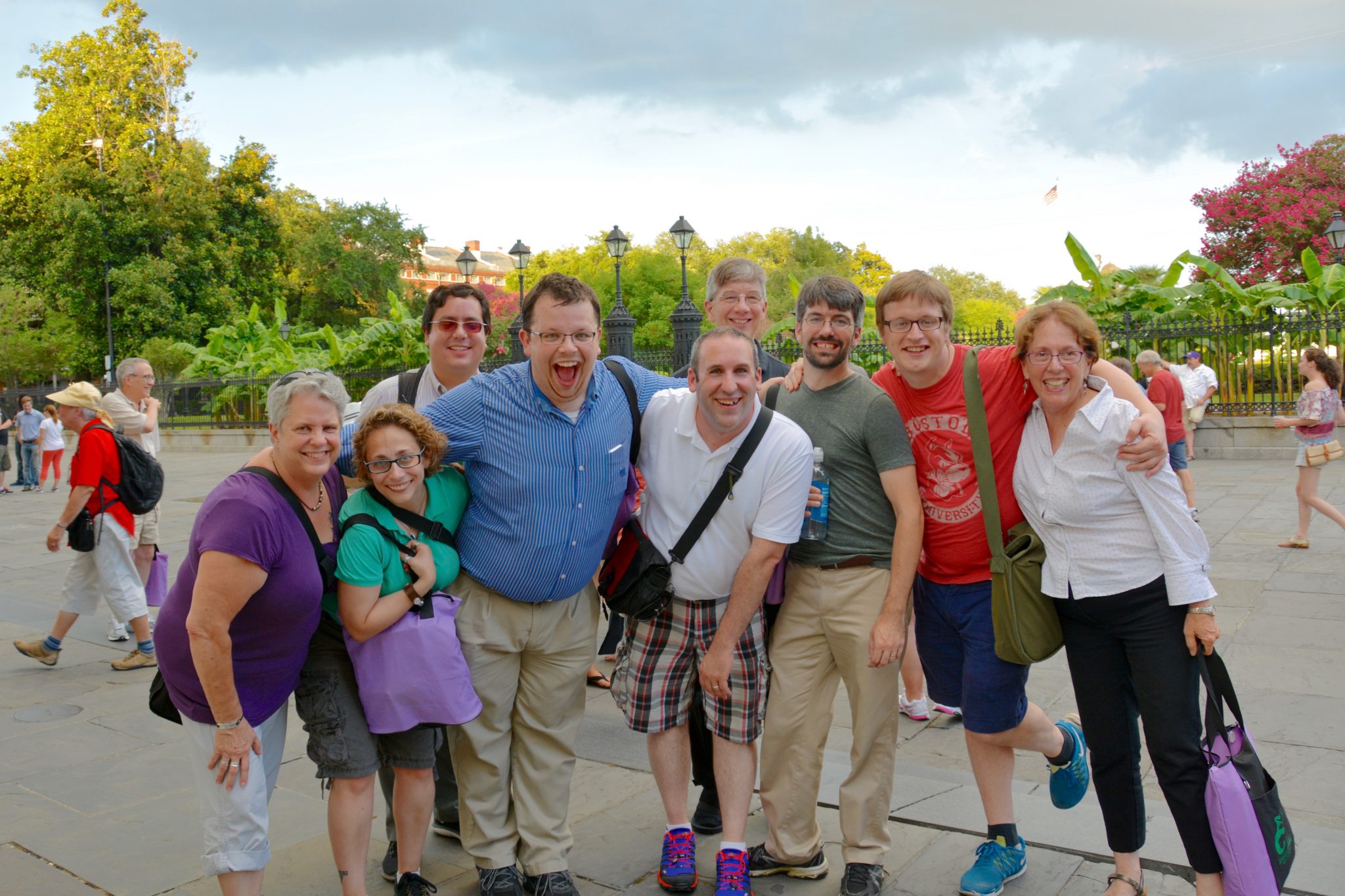