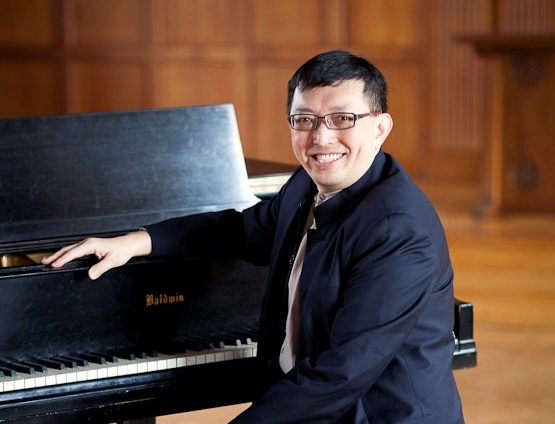 “Where is our song going?” vis a vis “Where should our song be going?”

The trajectory of Global Song in North America

by Lim Swee Hong
​
This article was presented at the 2017 launch of the Center for Congregational Song, and is printed in the Spring 2018 issue of The Hymn.

Congregational songs are sonic artifacts susceptible to the winds of socio-cultural change. They are indicators of change. Yet at the same time they serve as anchors for faith communities in the face of rapid changes in their socio-cultural context. In speaking about the music of his land, Irish poet, theologian, and philosopher John O’Donohue reminds us, “… in some way the lines of the landscape find their way into the music, the memory of the landscape almost, the memory of the people too.” (quotation begins at 35:40 in the recording below) [1]

Songs give life, define identity, and provide a spatial-temporal familial location for participants. They bolster courage in the face of adversities. Given these assertions, how might one view the musical corpus of non-Western songs? Now that they are part of the soundscape of North American mainline Christianity, what is their purpose in the context of the “Anglo” community, particularly when the people groups that birth these songs are absent?

The Way We Were

There were several watershed events that led to the proliferation of non-Western songs in North American denominational hymnals. First, the paradigmatic shift of the Roman Catholic Church and its liturgical practice for inculturation that fertilized the growth of contextual music-making through the Second Vatican Council (1963-1965). Second, the re-orientation of the World Council of Churches’ worship life toward non-Western expressions as crystallized at its 6th Assembly in Vancouver, Canada (1983). According to liturgical scholar Karen Westerfield Tucker, this development was fueled by the work of the World Student Christian Federation and its ecumenical songbook, Cantate Domino.[2] Third, the rapid pace of decolonization in the mid-20th century that gave rise to autonomous Christianities in previously colonized lands and the ensuing attempt to find their own liturgical expressions. Fourth, the efforts of S T Kimbrough, Jr., in establishing the Global Praise program within the General Board of Global Ministries of the United Methodist Church provided the strategic platform for disseminating and publicizing these songs. Fifth, the efforts of personalities such as C. Michael Hawn, John Witvliet, Robert Bastatini, and others through their respective institutions enabled local congregations to experience non-Western songs first hand.

Equally important was the emergence of the Jesus People and Latter Rain movements that gave birth to the contemporary worship music phenomenon. Its popularity led to reactions in the practice of worship and music-making in mainline Anglo churches. While some congregations embraced the use of contemporary worship music, others opted for “global songs” as an alternative.[3] Martin Tel of Princeton Seminary observed,

When ‘global songs’ were beginning to make inroads in white Protestant churches, many did see these as a better alternative for churches that were seeking to go toward “contemporary” band music. People were speaking in terms of “worship wars” and many classically trained church musicians, sensing that they might be losing the high ground, latched onto global songs in an attempt to placate the demands of their antagonists. “If they ask for a drum kit, give them congas.”[4]

Indeed, some global song enliveners see their efforts as “a concrete way to invite the voices of all Christians into the worship space and to better represent the global church on a local scale.”[5]

Read more about this topic by clicking on these articles:​

The Way We Are

In my recent presentation at the Duke Worship Symposium, I emphasized that global songs embody a meta-narrative about “the Other.” This post-colonial theological paradigm speaks of binary opposition such as Ours – Theirs, First World – Third World, Dominant – Subservient, Insider – Outsider, Local – Global, etc. This is a power-centric relationship where “we” are the host and in control to label things. For this reason, post-colonial scholarship sees global song as a genre that is a construct developed on the premise of a benevolent dominant culture’s act of hospitality and welcome. Latino Episcopalian liturgical scholar Juan M. C. Oliver sees this attempt at incorporating global songs into North America as “a project of the colonizing, dominant culture … a monocultural Anglo version of multiculturalism that wants to host, invite, and include” or incorporate “the other in otherwise Anglo realities and structures.”[6]​

In essence, not all non-Western congregational songs make their cut as global songs. Indeed, what is local may not be global. In many instances, globalization strips away what is local of the Global South to purvey Western (Anglo)-accessible global song. As a result, there is the constant concern about authenticity vis à vis accessibility in performance practice in addressing this genre. Equally important then is to have theological rationale for its use by North American congregation in the absence of people from the places where the songs originated. Despite these hurdles, the use of global songs (non-Western songs or songs of the Others) in North America has helped open the parochial windows of local (Anglo) congregations, giving them a foretaste of global Christianity.

He goes on to assert that “if Christians who now exist among hundreds of cultures and languages want to relate to one another, they will have to sing each other’s songs — make music together.” [8] However, this embrace of global songs needs to be practiced in cognizance of the danger of cultural appropriation. John Witvliet explains,

Much as non-Western songs are fascinating to most Western congregations, they need to be discerningly used to avoid “ethno-tourism” that may result in unfortunate cultural appropriation and showcasing the music without understanding its Sitz im Leben.[9]

Read more about this topic by clicking on this article:

Singing with the Faithful
​

The Way We Will Be

Local songs from the Global South are continually evolving. Recent review of this corpus is revealing a trajectory towards hybridity – a comingling of both Western and local idioms. I believe this trend is a worldwide phenomenon, but most it is most obvious in Asian church music where earlier efforts to adapt local culture without adopting Western idioms were resisted.[10] But in the last decade, congregations in Asia are beginning to embrace songs that feature local cultural expressions – predominantly in hybrid forms.

Here I share a couple musical examples. First, “Ibadat Karo,” a congregational song based on Psalm 100 by popular South Asian Christian songwriter and evangelist Anil Kant.[11] In this song we clearly hear a fusion of musical idioms: South Asian singing style with its melisma and glides coupled with Western part singing accompanied by an assortment of instruments. This offers a rendition that is neither idiomatically strictly South Asian nor Western, albeit with some awkward harmonic progressions. While this song is popular in South Asia, I contend that some would likely turn away from it because it fails to satisfy our North American unvoiced expectations of something “South Asian.”

Next is “On a Sunny Day,” a composition by Japanese liturgical scholar Saya Ojiri. Drawing on the Japanese nursery rhyme tradition for children – Warabe uta (童歌), Ojiri crafted a tradition-inspired melody with a Western harmonic scaffold (Am – G – F – Em) creating a simple yet effective hybrid song.​

View: On a Sunny Day

In closing, most are likely to agree with Kimbrough when he asserts that we are to offer to God “the highest aesthetic expression we can offer.”[13] However, those of us who reside in the Global North need to keep in mind the question that post-colonial theologians Michael Jagessar and Stephen Burns raise on behalf of the communities in the Global South when they ask,

Do the discourse, texts, symbols and imageries (of the hymns) perpetuate bondage and notions of empire? How do they represent Black peoples, ethnic minorities, the Other, gender and sexuality? What do symbols and language communicate vis à vis the agenda of empire/colonialism and the politics of location? When is inculturation and the appropriation of other people’s songs and music another form of exploitation or a new kind of colonialism? … The issue of representation in hymns becomes a critical one. Who is representing whom, what is being represented and how do these representations reinforce system of inequalities and subordination and the sustaining of colonial and neo-colonial projects?[14]

Indeed, who holds the power to decide and make the call on this parameter of “the highest aesthetic expression” for global songs? I offer that instead of viewing these musical artifacts through aesthetics values, we need to look at their liturgical Sitz im Leben to discover their purpose and how they might help us look beyond ourselves but experience God’s will that favors the widows, orphans, strangers, and oppressed. Explicitly speaking, we need to ask, “How do these musical artifacts embody the spirituality of the community that births the song? How might they help us better love God and neighbor?” Ultimately, I believe the purpose of these songs of the Other or global songs is to transform us by engaging us to sing of what we believe and to believe in what we are singing – lex cantandi, lex credendi.

[3] Malcolm du Plessis, “Decolonizing the Worship Movement” in Crafting Songs and Hymns: A Collection of Short Essays to Inspire and Challenge Church Musicians. Electronic document (Dallas, TX: Center for Congregational Song, 2017), https://congregationalsong.org/wp-content/uploads/2017/10/Crafting-Songs-and-Hymns-FINAL.pdf and Mary M. Brown, “Beyond Traditional and Contemporary: Worship for a Global Church” in The Blog (August 4, 2012), accessed on 15 September 2017. https://www.huffingtonpost.com/rev-mary-brown/worship-music-for-a-global-church_b_1560442.html

[5] Marissa Glynias Moore, “Treating the “Other” as a “Thou”: Recontextualization and the Search for Origins in Global Song Transmission,” The Hymn. 68:1 (Winter, 2017), 9. See also Roberta R. King, “The Impact of Global Christian Music in Worship” in Global Christian Worship: Music Brings Us Together (May 30, 2012), accessed 15 September 2017. http://www.brehmcenter.com/initiatives/globalworship/conversations/the_impact_of_global_christian_music_in_worship