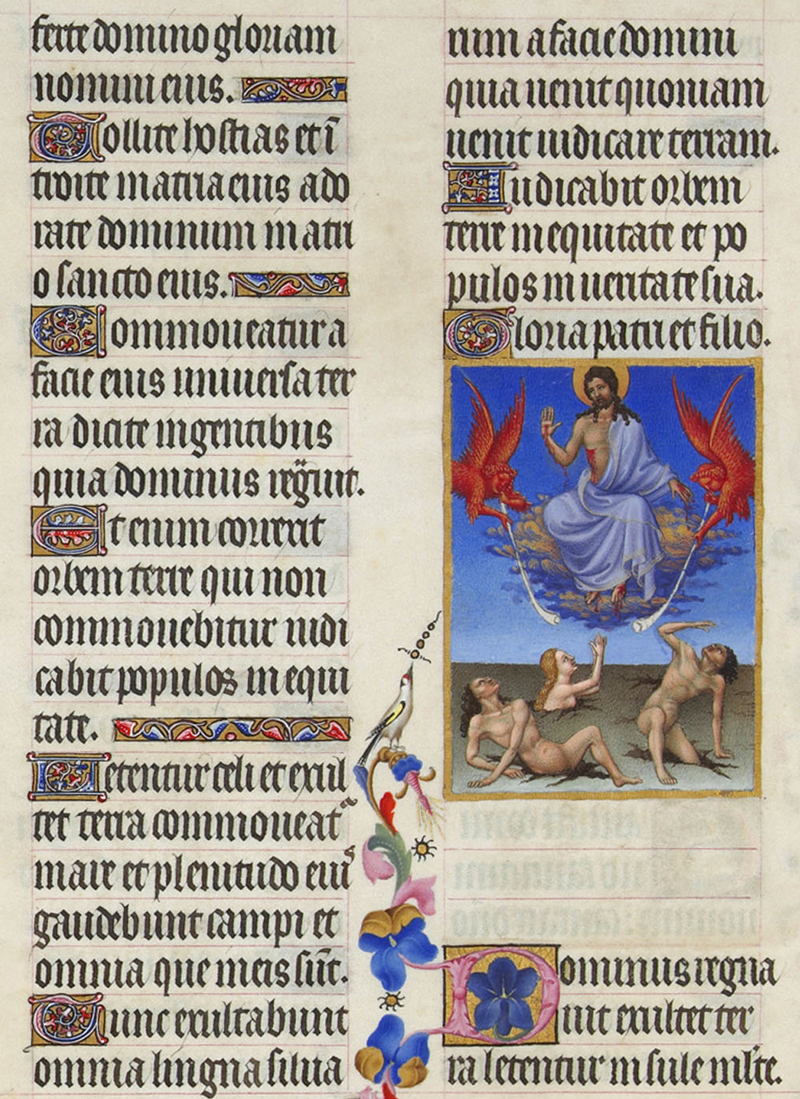 In the hit musical film Seven Brides for Seven Brothers (1954), seven couples overcome some pretty tough obstacles on their way to wedded bliss. The unlikely plot of that film seems quite plausible in contrast to the absurd situation that Jesus is asked about in today’s Gospel, involving just one bride for seven brothers.

The incident about which we hear today took place after Jesus had entered Jerusalem and driven out those who were engaging in commerce in the Temple precincts. Although Luke makes no mention of using a whip or turning over tables, the actions of Jesus seem to have united opposing religious factions—the Pharisees and Sadducees, who had fundamental differences in their interpretation of the Torah—in seeking ways to eliminate him.

Some representatives of the Pharisees first tested him, challenging his authority and posing a trick question about taxes to the emperor. When they failed to gain the upper hand in their dialogue with Jesus, some Sadducees then stepped in to question him about the resurrection of the dead, which they, unlike the Pharisees, regarded as ridiculous. That’s where today’s story begins.

The question posed by the Sadducees was meant to mock Jesus. They came at him in a spirit of “OK, how about this one, huh, huh?” After a woman had married seven brothers in succession, they ask, whose wife will she be in the resurrection? What do you have to say about that?

Jesus begins his response by rejecting their premise—there’s no marriage in the resurrection, duh. He then answers on their own terms. Just as they based their challenge on a Torah text, Jesus shows how Moses had affirmed the resurrection in the same Torah: “And the fact that the dead are raised Moses himself showed, in the story about the bush, where he speaks of the Lord as the God of Abraham, the God of Isaac, and the God of Jacob” (Lk 20:37). These ancestors are not merely distant memories, but alive to God.

Jesus then takes the opportunity once again to teach about the compassion and love of God, who cares for us even in death. Those who are raised up will never die again, “because they are like angels and are children of God, being children of the resurrection” (20:36). Indeed, the God of Jesus is “God not of the dead, but of the living; for to him all of them are alive” (20:38).

I remember the day that my mother told me that she had been diagnosed with an untreatable terminal cancer. She said that she wasn’t afraid to die; she had lived a rich and full life and was grateful for the blessings that she had enjoyed. I marveled to witness her equanimity in the face of death and her spirit of trust and gratitude as she made that final journey. Her attitude was shaped over the course of her lifetime by confidence in the resurrection.

The changes in nature at the time of year remind us of the cycle of dying and rising. And so, it seems quite natural that at the beginning of November, many Christians take time to remember those who have died. The teaching of Jesus on the resurrection that we hear today is meant to encourage us and give us hope as we keep the memory of those who have gone before us and face the prospect of our own death.

None of us knows exactly how God will receive us when we breathe our last, but today Jesus
invites us to put our confidence in God as he did, trusting that God would raise him up. We believe that the resurrection of Christ points to the future that God has in store for us as well. We put our faith in the “God not of the dead, but of the living” (20:38).

A Hymn for Today: “Sing with All the Saints in Glory”

This text by British minister and hymn writer Williams J. Irons, is based on 1 Corinthians 15:20: “But in fact Christ has been raised from the dead, the first fruits of those who have died.” That verse is part of a passage in which Paul strongly affirms the resurrection of Christ and argues that his rising is intimately bound to the promise of resurrection for us all.

This hymn is a jubilant song of praise to the God who has raised up Christ and will raise us to be with him eternally. It strongly affirms Christian faith in the resurrection of Christ and confident hope in the future resurrection of the dead. It appears in more than 100 hymnals, most often with the tune HYMN TO JOY.

Sing with all the saints in glory,
Sing the resurrection song!
Death and sorrow, earth’s dark story,
To the former days belong.
All around the clouds are breaking,
Soon the storms of time shall cease;
In God’s likeness we awaken,
Knowing everlasting peace.

O what glory, far exceeding
All that eye has yet perceived!
Holiest hearts, for ages pleading,
Never that full joy conceived.
God has promised, Christ prepares it,
There on high our welcome waits.
Ev’ry humble spirit shares it;
Christ has passed the eternal gates.

Life eternal! heav’n rejoices:
Jesus lives who once was dead.
Shout with joy, O deathless voices!
Child of God, lift up your head!
Patriarchs from distant ages,
Saints all longing for their heav’n,
Prophets, psalmists, seers, and sages,
All await the glory giv’n.

Life eternal! O what wonders
Crowd on faith; what joy unknown,
When, amid earth’s closing thunders,
Saints shall stand before the throne!
Oh, to enter that bright portal,
See that glowing firmament,
Know with you, O God immortal,
Jesus Christ whom you have sent!