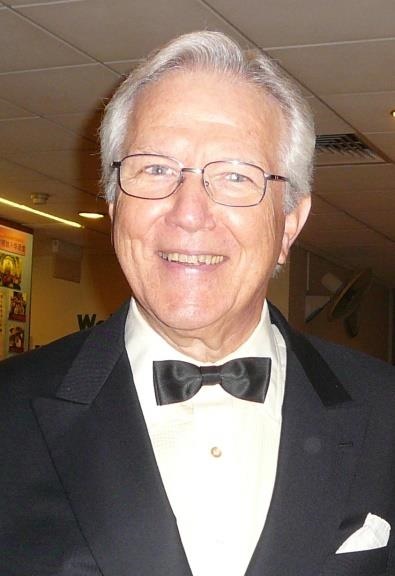 S T Kimbrough, Jr., has been honored by The Hymn Society in the United States and Canada (THS) at its annual conference in St. Louis, Missouri, July 17, 2018, by being named a Fellow of The Hymn Society. This award, the highest honor given by the organization, was conferred because of Kimbrough’s work as a scholar, musician, practitioner of church music, and advocate for the inclusion of global hymnody in the church’s song.

Born in Athens, Alabama, Kimbrough holds a doctorate in Old Testament and Semitic languages from Princeton Theological Seminary and is a graduate of Birmingham Southern College and The Divinity School of Duke University. He is an internationally known scholar/musician who has published numerous books and articles on biblical, theological, liturgical, musical, and Wesleyan subjects, as well as on church history, ecumenical relations, Hebrew linguistics, opera, and musical theater. Kimbrough is also an award-winning singer specializing in turn-of-the-century Viennese composers whose baritone voice music critics for the New York Times acclaimed as “mellow, dramatic, elegant” and the Birmingham Post Herald considered “pure liquid gold.” As an ordained United Methodist Church minister, he has served churches in the USA and Germany, and for a number of years was Associate General Secretary for Mission Evangelism for the United Methodist Church. Kimbrough is currently a Research Fellow of the Center for Studies in the Wesleyan Tradition, Duke Divinity School, Durham, NC.

Kimbrough’s visionary and tireless work promoting global congregational singing in North America was embodied in his work as editor of the Global Praise program of the United Methodist Church. A three-volume series of global hymnody, Global Praise was accompanied by a collection of essays, Music and Mission; Toward a Theology and Practice of Global Song (2007) to guide, support, and encourage church musicians in leading global song. Other publications for which he was a lead editor include: Africa Praise, Caribbean Praise, Russian Praise, Songs for the Poor (Wesley hymns), Songs for the World (Wesley hymns with contemporary settings from around the world), Beams of Heaven (Charles Albert Tindley hymns), Put Your Arms Around the World (global songs for children). Kimbrough also spear-headed a program of United Methodist hymnals in Cambodia, Russia, Lithuania, and Latvia.

In addition to making global music resources available in print and recording, he created song leadership training programs and collaborated with global song enliveners like I-to Loh, FHS, Patrick Matsikenyiri, FHS, Pablo Sosa, FHS, and Carlton R. Young, FHS. According to his friend and colleague Swee Hong Lim (Director of the Master of Sacred Music Program at Emmanuel College, University of Toronto), Kimbrough “introduced these global song leaders to North American practitioners and is responsible for many of the global songs that are now in North American hymnals and part of church music canons globally.” Lim remarked that Kimbrough seeks “to declare and proclaim to all who would hear the good news in and through the way of congregational song.” Lim notes that Kimbrough’s efforts “have surely provided the North American church a viable means of singing our hospitality and solidarity with refugees and unfavored immigrants in the midst of the current challenging political climate.”