THE POWER OF A NAME – Holy Name of Jesus; Mary, the Mother of God (RC) 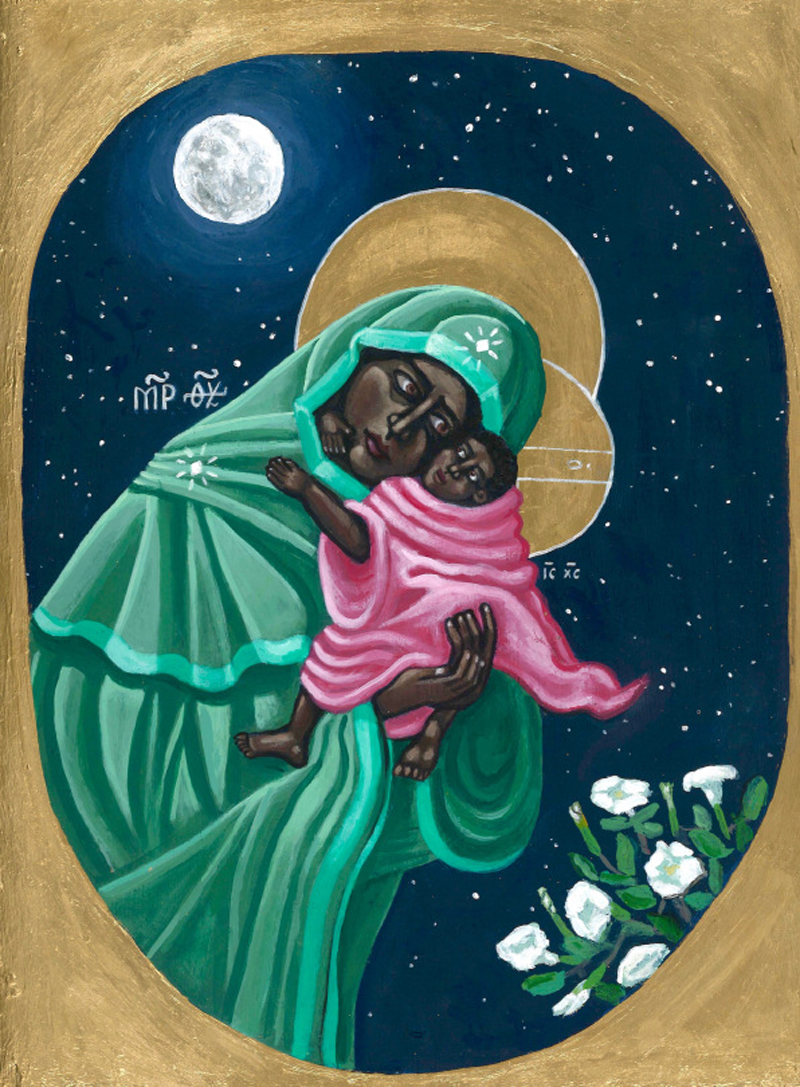 Among the many things that I have learned from transgender friends is the importance of names. For each of them, the claiming of a name has been a pivotal moment in embracing their identity and in inviting others to affirm them as they really are. To call someone by their chosen name offers recognition and support. To deny or refuse to use a person’s name can alienate and injure.

The Bible attests to the importance and power of names. In the Hebrew Scriptures, we read how Abram became Abraham (Gen 17:5), Sarai became Sarah (Gen 17:15), and Jacob became Israel (Gen 32:28). In the New Testament, Simon was given the name Peter by Jesus after his astonishing profession of faith (Mt 16:18).

On January 1, the Octave (eighth) Day of Christmas, Christian churches throughout the world have for many centuries commemorated the circumcision and naming of Jesus that took place on the eighth day after his birth. Roman Catholics follow the ancient Roman custom of observing this day as a feast in honor of Mary, the Mother of God.

The Gospel reading today begins with the visit of the shepherds, who recounted what the angels had told them about this newborn child. While others were amazed by their story, we learn that “Mary treasured all these words and pondered them in her heart” (Lk 2:19). Luke then goes on to report the circumcision and naming of Jesus in the space of just one verse. As faithful Jews, Mary and Joseph carried out a ritual that was prescribed by the Law.

The Gospels tell us that the name Jesus was given by God through an angel—in Luke, at the annunciation to Mary, and in Matthew, in Joseph’s dream. The name Jesus, which can be translated as “God saves,” embodies the identity and mission of the One who would proclaim the reign of God, heal the sick, and welcome those on the margins of society before dying and rising again. In Paul’s Letter to the Philippians, we read that because Jesus was “born in human likeness” and “humbled himself” even to death on the cross, God “highly exalted him and gave him the name that is above every name” (Phil 2:7-9).

The New Testament makes many references to the importance and power of the name of Jesus. He himself assured his disciples that “where two or three are gathered in my name, I am there among them” (Mt 18:20). After Christ’s resurrection, as Peter and John were going up to the temple to pray, they came across a man who was unable to walk asking for alms. Peter famously replied, “I have no silver or gold, but what I have I give you; in the name of Jesus Christ of Nazareth, stand up and walk” (Acts 3:6). Peter went on to explain to the astonished onlookers that “by faith in his name, his name has itself made him strong” (Acts 3:16). These and other passages from the New Testament suggest that Jesus himself is present when we act in his name by faith.

If you’re still considering New Year’s resolutions, today’s Scripture readings suggest two possibilities. First, like Mary the faithful disciple who “treasured” and “pondered” what she saw and heard, we can reflect more deeply on the events of our lives with greater attentiveness to the mystery of God’s presence that is constantly being unfolded in our midst. Perhaps this year we can make such reflection a daily practice.

Second, we can be more intentional in embracing the name of Jesus and drawing on its power at every moment and in every situation. Paul encouraged the Colossians to do this very thing when he wrote, “And whatever you do, in word or deed, do everything in the name of the Lord Jesus, giving thanks to God the Father through him” (Col 3:17).

A Hymn for Today: “The Virgin Mary Had a Baby Boy”

This song originated among enslaved people of African descent in the West Indies, which they sang to a calypso tune. The calypso style has its origin in Africa and is characteristic of several traditional hymns from the Caribbean. It was first transcribed by Trinidadian calypso performer Edric Connor in 1942. Since that time, it has appeared in numerous choral arrangements and in English-language hymnals. Listen here. Read more here.

The angels sang when the baby was born . . .

The shepherds came where the baby was born . . .