THE REST OF THE STORY – Easter Sunday: Resurrection of the Lord, Year B 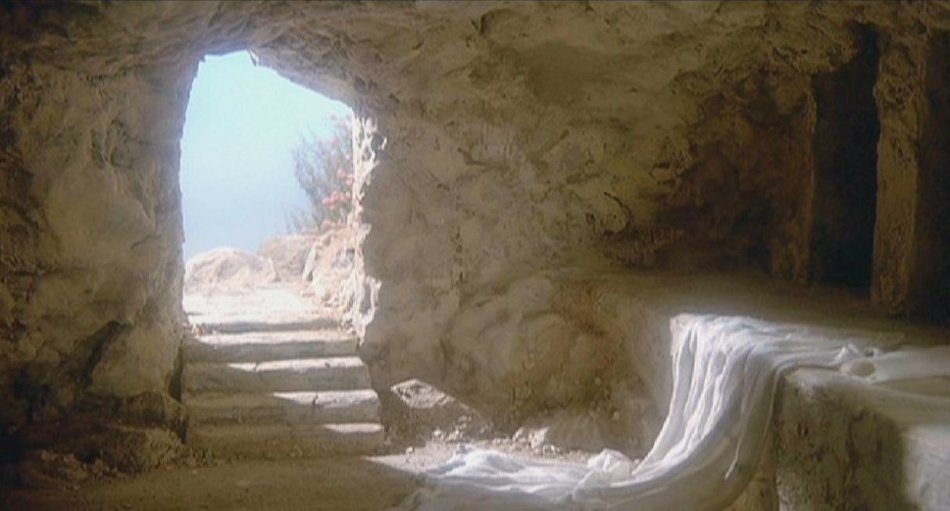 For more than thirty years, newscaster Paul Harvey hosted a radio feature entitled The Rest of the Story, usually presenting a little-known fact involving some well-known person, place or event. Harvey ended each broadcast with his signature tag line, “And now you know . . . the rest of the story.”

Christians often come to the celebration of Easter feeling that we already know the rest of the Jesus story—that in spite of his brutal execution, Jesus rose from the dead and everything worked out in the end just as he had predicted. As we listen to the words of Scripture, however, it’s clear that the story is far more complicated than that. For one thing, it appears that the earliest followers of Jesus weren’t necessarily convinced that things would turn out well nor were they sure what to make of the empty tomb.

In today’s reading from the Gospel of Mark, the women bring spices to anoint the body of Jesus. They were the only ones who had not fled, denied him, or moved on. Everyone else was out of the picture. They came to the tomb, clearly expecting to find the body of Jesus behind a large stone. He had several times predicted that he would be raised on the third day, but apparently not even these three faithful disciples expected it to be so. In their grief, these women who had accompanied Jesus and had been involved in the background of his ministry set out for the tomb to perform an act of love.

When they saw that the stone had already been rolled away, they entered the tomb and were “alarmed” to see a young man in a white robe sitting there. The young man delivered the message that Jesus had been raised and instructed them to tell Peter and the other disciples “that he is going ahead of you to Galilee; there you will see him, just as he told you” (Mk 16:7). These words seem not to have reassured the women nor to help them recall what Jesus had told them. Instead, “they went out and fled from the tomb, for terror and amazement had seized them; and they said nothing to anyone, for they were afraid” (16:8).

It was on this note that the original version of Mark’s Gospel ended—the women fleeing from the tomb and keeping this strange experience to themselves out of fear. Far from being overjoyed, they were terrified. The Gospel of Mark that we now find in our Bibles includes two endings that were added later, undoubtedly out of discomfort at this open-ended and rather abrupt conclusion.

What is the rest of the story for us who hear the Gospel on this Easter Day? We know that the early community gradually came to understand the meaning of the empty tomb and began to proclaim the resurrection of Christ. They heard the witness of those who saw him alive, they experienced signs of his presence among them, and they received the Spirit to embolden them to share the good news with others.

How are we writing the rest of the story in our lives and in the world today? Like those early morning visitors to the tomb, we have heard the news of Christ’s rising, but like them we sometimes find ourselves doubtful, silenced, or even paralyzed by fear. How can the resurrection be true, we ask, when we have witnessed so much death, injustice, and division?

Over the next fifty days of the Easter season, we will reflect on the ways in which we experience the continuing presence of the risen One among us—in the people and events of our lives, in the community of faith, in the words of Scripture, in the breaking of bread, in the powerless and the poor, in those who call us to act for justice. Empowered by the Spirit, we can tell others the rest of the story—that Christ has gone ahead to meet us in the Galilees of our world to proclaim even today that death, injustice, and evil will not have the last word.

A Hymn for Today: “He Rose”

“He Rose” poignantly expresses how for enslaved African Americans, the resurrection of Jesus was a source of hope, God’s promise that suffering and death would not be the last word. For a more extensive treatment of this spiritual, click here to view an article by Hymn Society member Darnell St. Romain.

Six persons have been honored as Fellows of The Hymn Society in the United States and Canada for outstanding...