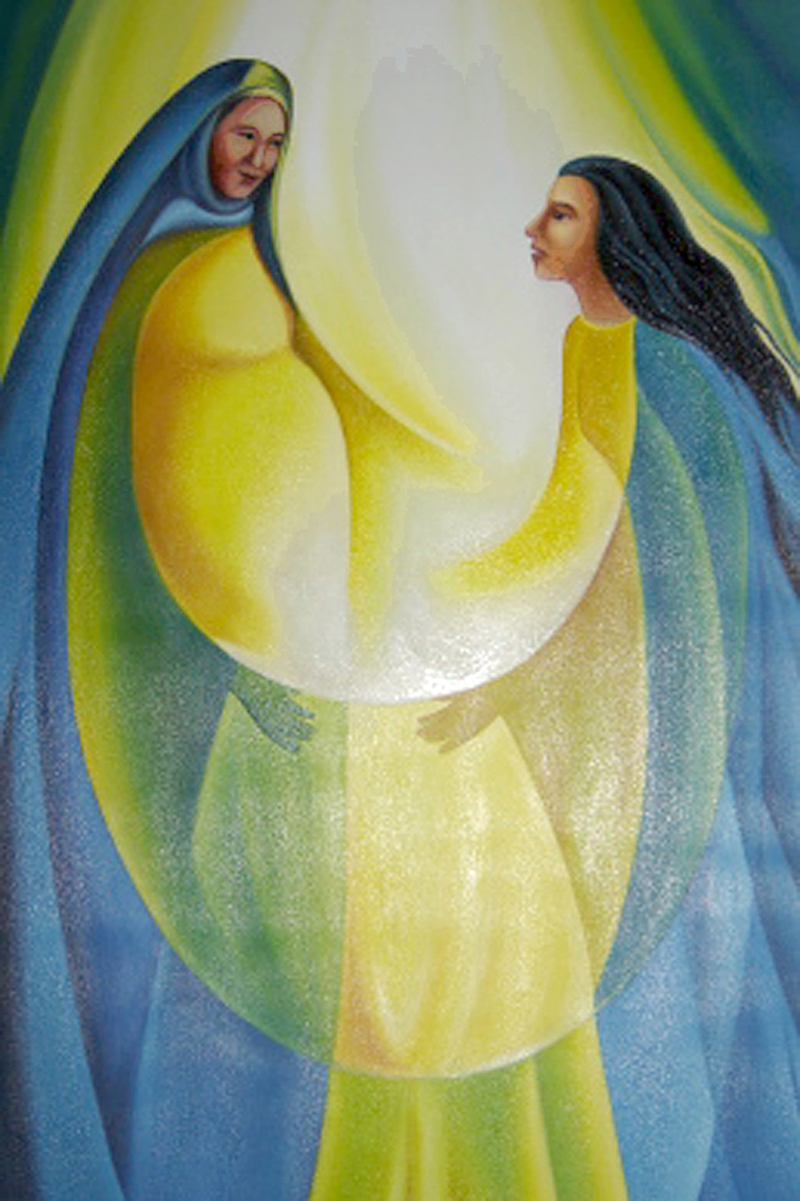 For more than half my life, I have lived in or near Washington, D.C., aware of the powerful impact of political, economic, and social forces that go out from this city.

Yet those who come from unexpected places or who appear insignificant often wield greater and more long-lasting influence than the powerful and wealthy. Youth Poet Laureate Amanda Gorman expressed it this way in her poem, “The Hill We Climb,” that she recited at the inauguration of President Biden earlier this year: “We, the successors of a country and a time where a skinny Black girl descended from slaves and raised by a single mother can dream of becoming president, only to find herself reciting for one.”

Think of the Jewish girl Anne Frank, who was just twelve years old in 1942 when she and her family went into hiding from the Nazi occupiers in some concealed rooms in Amsterdam. Their hiding place was discovered in 1944, and the entire family was transported to Auschwitz. Anne, just fifteen years old, died at the Bergen-Belsen concentration camp in February 1945. During their time of hiding, Anne kept a diary that was published in 1947 and was later described by Eleanor Roosevelt as “one of the wisest and most moving commentaries on war and its impact on human beings that I have ever read.”

Today’s Scripture readings suggest that we should be looking for the signs of God’s presence and power in out-of-the way places and among insignificant, marginalized people. The prophet Micah identifies the coming of God’s chosen one not with the seat of the Davidic dynasty, the great city of Jerusalem, but rather with the tiny village of Bethlehem that recalls the humble origin of David, the shepherd boy turned king. Unlike the rulers who had strayed from genuine concern and care for the people, this new ruler “shall stand and feed his flock” (Mic 5:4). He will bring about a new order not based on violence and conquest; instead, “he shall be the one of peace” (5:5).

The story we hear today from the Gospel of Luke features two unlikely participants in the unfolding story of God’s coming among us. In a society dominated by patriarchy and living under the thumb of a foreign occupier, what could possibly be significant about the meeting of two women living on the margins? Mary visits Elizabeth not in Jerusalem, but in an unnamed, obscure “Judean town in the hill country” (Lk 1:39). Both women are pregnant—Mary young and unmarried, Elizabeth old and long past her child-bearing years.

Yet it is not Zechariah the struck-speechless priest who recognizes the presence of God’s chosen one, but his wife Elizabeth who is “filled with the Holy Spirit” (1:41) as she proclaims, “Blessed are you among women, and blessed is the fruit of your womb” (1:42). It is the young, pregnant, unmarried Mary who responds with a hymn that blesses the Holy One and announces the coming of God’s topsy-turvy reign in which the lowly are exalted and the powerful cast down.

In just a few days we will celebrate the coming of God among us in the child born in a stable of poor parents in an out-of-the-way town far from the excitement of the big city. His birth is revealed not to the powerful, but to people of no standing, mere shepherds keeping night watch.

As we reflect on today’s Scriptures and on the coming Christmas feast, doesn’t it stand to reason that even today God continues to confound our expectations by speaking and acting in unexpected ways—revealing the divine presence in obscure places and through unlikely spokespersons? Are there voices, events, and places of little note that are right now beckoning us to hear and see the grace of God being poured out into the world?

A Hymn for Today: “When, to Mary the Word”

On the Fourth Sunday of Advent, the Gospel readings appointed in all three years of the Lectionary proclaim the role of Mary in bringing Christ into the world. Today’s story of Mary’s visitation to Elizabeth is delightfully retold and interpreted in this hymn by Patricia Blaze Clark, a poet and hymn writer who served in ministry in both Roman Catholic and Episcopal communities.

When to Mary, the Word
From of the throne of the Lord
Made the journey to earth on that day,
Mary turned not within
But, with haste, to her kin;
She set out for a land far away.

At the sound of her voice
Did her cousin rejoice,
While the babe in her womb danced around;
For when Jesus, the Lamb,
Spoke his silent “I AM,”
Prophet’s ears filled with joy at the sound.

Like our Mother, we should
Give our neighbor our good,
As within us the secret is hid;
For, in truth, then will show
For all others to know
All the wonders that God for us did.

And as John surely knew,
Although hidden from view,
That the Lord was indeed with them there,
So may we with delight
Take within our own sight
Jesus, living in souls ev’rywhere.