WOMAN OF THE YEAR – Eleventh Sunday after Pentecost, Proper 15, Year A; Twentieth Sunday in Ordinary Time, Year A (RC) 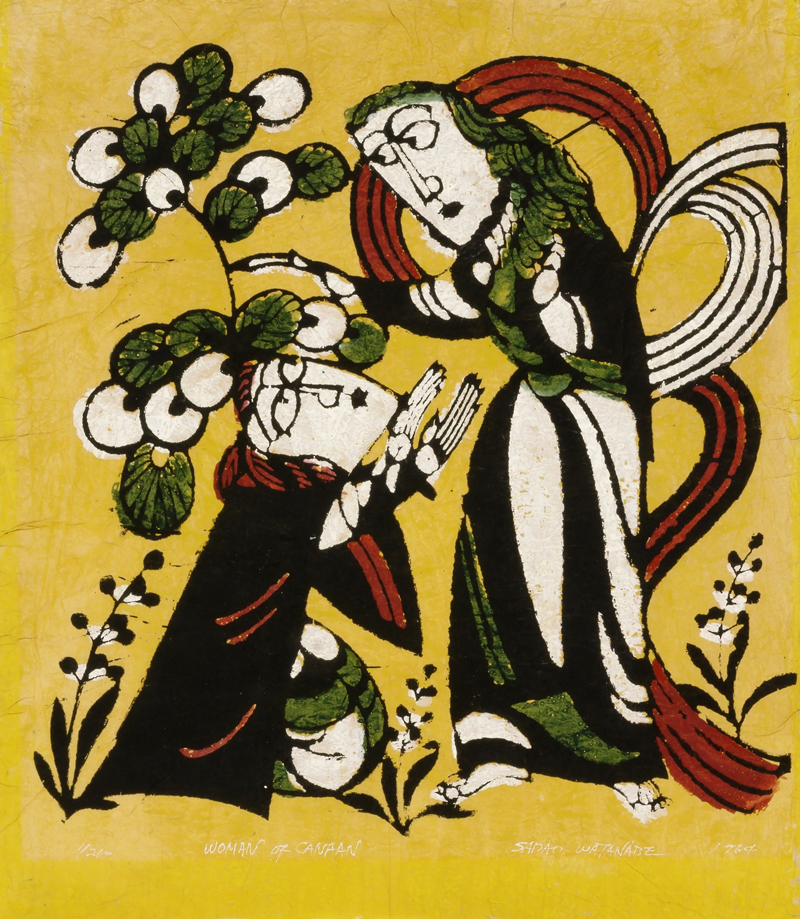 Many of us in the United States who claim European ancestry have of late become aware of our white privilege—taking for granted or regarding as normal the benefits and social structures that have historically favored us and have worked to disadvantage people of color. Privilege comes in a variety of forms, of course, such as gender, wealth, class, education, or status. In many societies, religious affiliation creates privilege for the dominant group, as in states that identify themselves with a specific religion.

One of the more insidious characteristics of privilege is that it often goes unseen by its beneficiaries. There are, for example, many white Americans who fail or even refuse to see the racial inequity in our society as it is played out in actions large and small every day.

Two of today’s Lectionary readings afford us an opportunity to reflect on privilege. The words of the prophet in today’s reading from Isaiah 56 are addressed to exiles returning to Jerusalem from Babylon. They were mostly the elites, people with professional skills who could take on the task of rebuilding a city and a society. They were re-entering a land that had become far more diverse in ethnicity and religious practice during the time of exile.

The prophet challenges those who may have been eager to “make Jerusalem great again” to let go of their privilege and to focus on the real meaning of the covenant: “Maintain justice, do what is right” (Is 56:1). Access to God is not simply a matter of belonging to the right ethnic group, but is available even to the “foreigners,” to any who would join themselves to the Lord and keep the Sabbath. The Temple, says God, is not to be the preserve of the privileged few, but a “house of prayer for all peoples” (Is 56:7)—surely a disappointment for those who define greatness for themselves at the expense of others.

In today’s reading from the Gospel of Matthew, Jesus grudgingly comes face to face with his own privilege in his encounter with the Canaanite woman, whom James Dunning has dubbed “woman of the year” (Lectionary Year A, the Year of Matthew). In this Gospel, written in part to challenge a Jewish Christian community struggling with the acceptance of Gentiles, she raises difficult questions of inclusion more pointedly than perhaps any other character.

The Gospel writer sets up the conflict by clearly identifying her as a Canaanite (vs. “Syro-Phoenician” in Mark), belonging to the ethnic group that had been supplanted by the Hebrews following their sojourn from Egypt. It would be hard to imagine anyone being more of an outsider than this one—a Canaanite, a pagan, and a woman.

Jesus is portrayed as the very model of privilege—a Jewish male teacher—not only ignoring her request but refusing even to acknowledge her presence before dismissively comparing her and her kind to dogs. The woman demonstrates that faith is not at all a function of ethnicity in her brilliant and disarming response: “Yes, Lord, yet even the dogs eat the crumbs that fall from their masters’ table” (Mt 15:27). She earns her place as “woman of the year” as she helps Jesus not only to recognize his privilege, but to change his attitude and his behavior. In the end Jesus crashes through the barriers of gender, ethnicity, and religion—and through his own privilege—to extend God’s compassion to this Canaanite woman and her daughter.

As we hear God’s word today, we might well ask where the unrecognized places of privilege in our own lives are. How can we transform that privilege into service that benefits others and into action that will bring about a new social order?

A Hymn for Today: “Diverse in Culture, Nation, Race”

Hymn writer Ruth Duck, FHS, gives us these beautiful words to sing of inclusion and diversity. Take particular note of the second and third stanzas. We pray in this hymn for the ability to confront the fear, hate, and lust for power that divide people. We ask also for gift of wisdom that helps us to let go of privilege in embracing others, and then to take the risk to “be strong / To stand with those who suffer wrong.”

Diverse in culture, nation, race,
We come together, by your grace.
God, let us be a meeting ground
Where hope and healing love abound.

God, let us be a bridge of care
Connecting people everywhere.
Help us confront all fear and hate
And lust for pow’r that separate.

When chasms widen, storms arise,
O Holy Spirit, make us wise.
Let our resolve, like steel, be strong
To stand with those who suffer wrong.

God, let us be a table spread
With gifts of love and broken bread,
Where all find welcome, grace attends,
And enemies arise as friends.